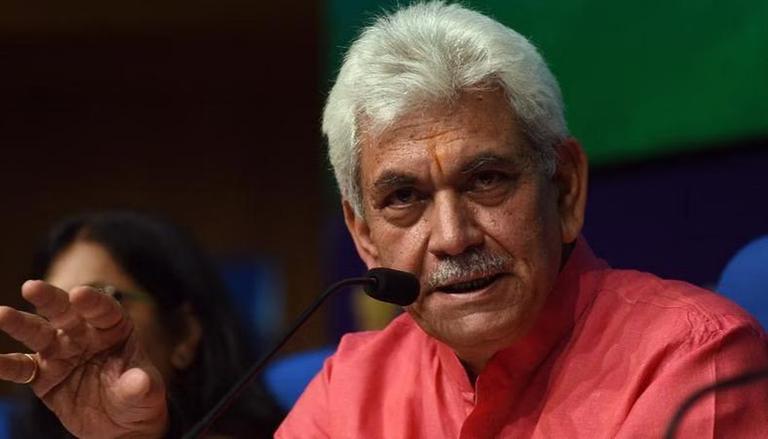 Lt Governor Manoj Sinha on Wednesday assured the people that whenever the assembly elections are held in Jammu and Kashmir, it will be conducted in free and fair manner.

Sinha said he was confident that all election officials will conduct free and fair elections in future.

“Whenever assembly election will be held in Jammu and Kashmir, I assure you that they will be held in free and fair manner”, Sinha, who took part in the 13th national voters’ day celebrations at convention centre here, said.

The LG said there were two type of legislators here in Jammu and Kashmir, one was elected by people and another by “khaleef sahib” (selected one).

Taking a dig at those who raked up the issue of large scale increase in the number of voters, he said some people unnecessarily tried to incite the feelings of the people of Jammu and Kashmir.

“The publication of electoral rolls saw increase of over 11 lakh voters. An atmosphere was being created that over 75 lakh new voters are being added to voter lists, outsiders are being added to the list. You should also understand that some people are there to incite people unnecessary. Now truth has prevailed,” he said.

“I once again urge those who have not registered as voters to do so, he added.

The Lt Governor said the objective behind this National voters’ day celebration is to encourage our voters to participate in the democratic process.

“Active participation of people in the electoral process is key to healthy democracy. Congratulations to the young voters who have enrolled recently,” Sinha said.

The Lt Governor said this years’ theme of National Voters’ Day is ‘Nothing like voting, I vote for sure” reminds every citizen of their solemn duty towards the nation and democratic principles.

Sinha said exercising the ‘Right to Vote’ is the expression of one’s opinion which holds high value in the democracy. He called for upholding the democratic traditions of the country and the dignity of free, fair, transparent and peaceful elections.

The Election Commission has gained global recognition for a strong and transparent system and it is continuously enriching as well as strengthening the electoral process by using IT tools, conducting free and fair elections, educating voters and also sharing its expertise with other countries, he said.

Despite all the challenges, as the world’s largest democracy rooted in democratic values, we have developed a robust structure which has strengthened inclusive development and fulfilling hopes & aspirations of the people, he said.