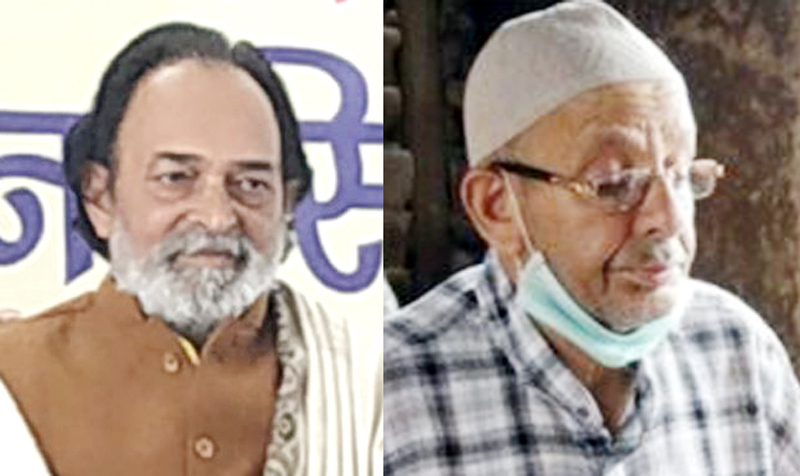 Excelsior Correspondent
JAMMU, Jan 25: Eminent litterateur of Jammu Mohan Singh, Kashmir’s famous Santoor maker Ghulam Muhammad Zaz and Ladakh’s religious personality Kushok Thisksey Nawang Chamba Stanzin have been conferred with the prestigious Padma Shri Award.
The Padma Shri awards are formally given by the President of India at ceremonial functions which are held at Rashtrapati Bhawan usually around March/April every year.
The Padma Shri is the fourth-highest civilian award of the Republic of India, after the Bharat Ratna, the Padma Vibhushan and the Padma Bhushan. The award is given for distinguished service in any field including service rendered by the Government servants.
Minister of State in the Prime Minister’s Office (PMO), Dr Jitendra Singh has congratulated the Padma Shri awardees of Jammu and Kashmir.
In a series of tweets, the PMO wrote: “Congratulations Ghulam Muhammad Zaz Saab for the well deserved #PadmaShri in recognition of your contribution in making hand crafted music string instruments including Santoor which went on to create world class maestros.”
“Congratulations Mohan Singh Salathia ji for the well deserved #PadmaShri for your persistent hard work and service to the promotion of #Dogri drama, theatre and literature,” tweeted Dr Jitendra Singh.
Ghulam Mohammad Zaz, the last Santoor maker of Kashmir is the last and the 8th generation of the family who are known for making finest santoor in the valley over the past many decades.
Zaz has learnt the art of making Santoor from his grandfather, Rahman Joo and father, Abdul Ahad Zaz.