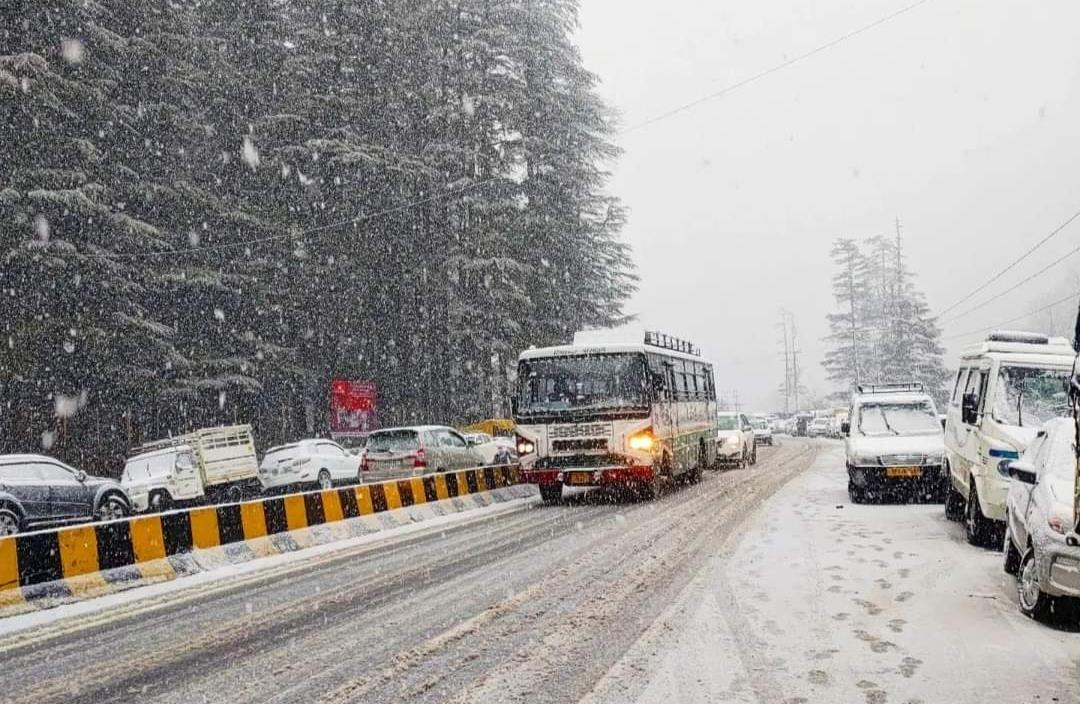 Mandi: The Lahaul valley was cut off from the rest of the state following heavy snowfall near the Atal Tunnel on the Manali-Leh highway on Tuesday. It snowed heavily at the south and north portals of the Atal Tunnel since morning, forcing the district administration of Lahaul and Spiti to stop all kinds of vehicular movement towards the Lahaul valley from the Manali side. The Darcha-Shinku La-Padum road was blocked due to heavy snowfall at the Shinku La Pass, which connects the Zanskar valley of Union Territory Ladakh from the Lahaul side. Higher reaches of Lahaul and Spiti, Kullu and Mandi districts received snow, while lower regions received rain. The movement of tourists was allowed to the Solang valley only from the Manali side in 4×4 vehicles.