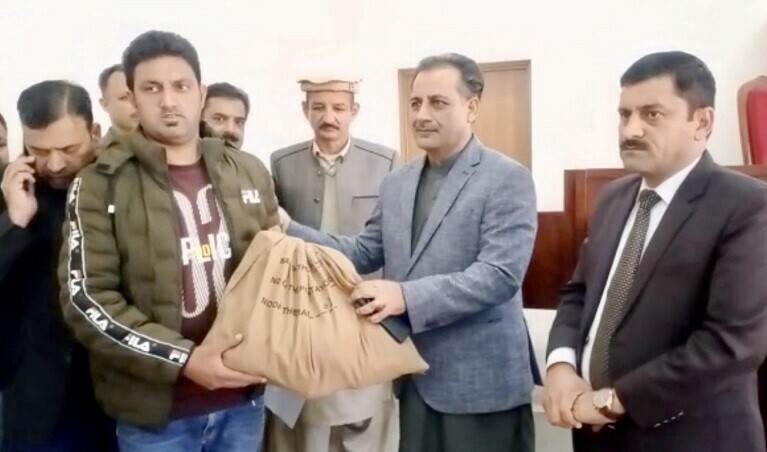 MUZAFFARABAD: More than one million voters in Poonch division will exercise their right to franchise on Saturday in the second leg of local government (LG) elections in Azad Jammu and Kashmir (AJK) amid an enhanced security cover, officials said.

Of these stations, 547 have been declared ‘sensitive’ and 406 as the ‘most sensitive’, he said.

Contrary to Muzaffarabad division where only AJK police personnel were available on Nov 27, the Poonch division would see deployment of additional troops from Punjab and Khyber Pakhtunkhwa (KP) provinces to maintain law and order.

“We have made almost all arrangements to provide a peaceful environment to voters even in the remotest areas of division,” he asserted, adding that 4,500 AJK police personnel would be assisted by an equal number of policemen from Punjab and another 1,080 from KP.

“While one, two and four policemen each, mostly from AJK, would be deployed at normal, sensitive and the most sensitive polling stations, respectively, a sizeable strength would be reserved to perform quick response force duties.”

Mr Yaqoob said polling material had been distributed among the polling staff before noon, and most of them had reached their respective places of duty by the evening.

Arshad Mahmood Khawaja, an official at the AJK Election Commission, told Dawn that a total of 3,847 candidates were competing at 874 seats of district councils, union councils (UC) and urban councils, as one candidate had already returned unopposed.

Mr Yaqoob said the whole division had been divided into 25 zones and 217 sectors, with 35 first class magistrates assigned different duties in addition to the administration officials.

Meanwhile, political observers said Poonch division might replicate the trend witnessed in Muzaffarabad division where all three major parties, the ruling PTI and opposition PPP and PML-N had been neck and neck.

In a video message on Friday, AJK Premier Sardar Tanveer Ilyas urged his party workers to support Muslim Conference (MC) in wards where PTI had not fielded its own candidates.

Once the largest and longest governing party in AJK, the MC has lately been reduced to a minnow. In last year’s general elections, it could clinch only one Legislative Assembly seat in Bagh district of Poonch division.

Sardar Attique, MC’s supreme leader and its lone MLA, reciprocated PM Ilyas’ gesture by asking his workers to support PTI where the MC had either not fielded candidates or where its nominees were in a weak position as compared to the PTI.