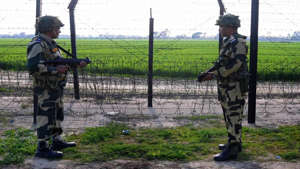 © Provided by Times Now jammu and kashmir: huge cache of arms and drugs recovered near loc in uri


Uri: The Security forces recovered a huge cache of arms and narcotics near the Line of Control (LoC) in Uri sector of north Kashmir’s Baramulla district, officials said on Friday.

Based on specific input of infiltration by multiple intelligence agencies and JK Police in the Uri Sector, searches were conducted between November 29 and December 1 by the Indian Army in the general area astride the line of control, according to the PRO (Defence) Srinagar as reported PTI. Related News |

During the operation, teams of the Indian Army observed the initiation of own early warning mechanisms close to the LoC and immediately launched search and destroy operation in the region.

Apart from this, 10 sealed packets of white narcotic substance likely to be heroin with Pakistani markings were also recovered, at 300 meters from of Line of Control, the PRO added.

This operation of the Indian Army successfully thwarted the plans of the enemy and once again highlighted its nefarious designs, reported PTI.

Meanwhile, a case under relevant sections has been registered at the Uri police station and investigation in this regard has been initiated. 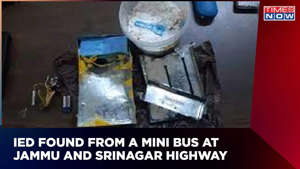