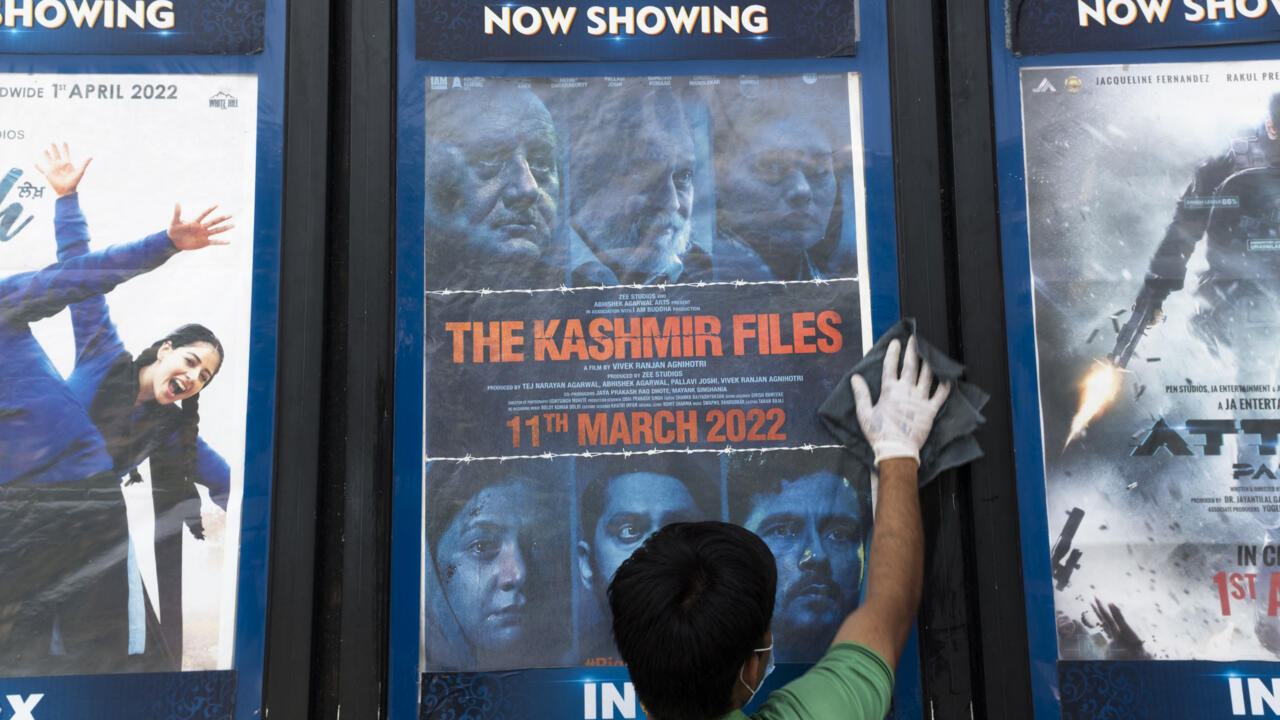 A row has broken out in India over “The Kashmir Files”, a polarising feature that a judge at the International Film Festival of India accused of stoking hatred.

Israeli filmmaker Nadav Lapid, who served as jury chairman at the 53th edition of the event, said he was “disturbed” by the inclusion of “The Kashmir Files” in the festival in the southern state of Goa.

“It seemed to us like propaganda, a vulgar movie, inappropriate for an artistic competitive section of such a prestigious film festival,” he said of the film, which depicts the 1990s exodus of 400,000 Hindus from Kashmir.

“We were all of us shocked and disturbed,” Lapid added at the concluding ceremony of the week-long festival in Goa, which is governed by India’s ruling Hindu nationalist BJP party.

The 170-minute film faced controversy after its release in March. Critics including prominent Bollywood producers described the Hindi-language film as defective, divisive and engineered to fuel hatred against Muslims and Kashmir, India’s only Muslim-majority region.

Singapore even banned the Hindi-language movie, saying it had the “potential to cause enmity between different communities”.

But in India it got a rousing welcome as cinemas ran to capacity, raking in the equivalent of €43 million in eight months at the box office.

In eight of India’s 28 states, the film was accorded tax-free status and hailed by the BJP as a gritty projection of the prosecution of Kashmir’s minority Hindus since the 1989 start of the armed separatist campaign.

Lapid’s comments sparked anger among Hindus, with some calling for action against the Israeli.

“‘The Kashmir Files’ unmasked the 30-year-old propaganda designed to hide the truth on the exodus of Kashmiri Hindus,” said Vikas Raina, son of a schoolteacher killed by militants.

“We should send a very clear communication that we are not going to tolerate anyone who supports terrorism because calling this movie propaganda, mocking the genocide of people is nothing short of supporting terrorism,” he claimed.

Rights groups estimate that there were around 90,000 militancy-linked killings in Kashmir, the subject of two of the three wars between India and Pakistan since 1947.

Some 200 Kashmiri Hindus were also killed by an official count in the last 33 years in Kashmir, but Hindu outfits argue the number is much higher.

Ameeque Jamai, spokesman for the opposition Samajwadi Party, insisted the movie was a pretext to justify the reluctance of Hindus to return to Kashmir despite promises of state security.

“’The Kashmir Files’ is a nonsensical film and it is part of new propaganda in India akin to the propaganda that was carried out by the Nazis for Adolf Hitler in Germany,” argued Jamai.

But Naor Gilon, Israeli ambassador to India, apologised for Lapid’s comments at the festival.

“You have abused in the worst way the Indian invitation to chair the panel of judges at @IFFIGoa as well as the trust, respect and warm hospitality they have bestowed on you,” the diplomat wrote on Twitter.

He likened “The Kashmir Files” to the 1993 film “Schindler’s List” by Hollywood filmmaker Steven Spielberg, which revolves around a German businessman who saved thousands of Polish Jewish refugees from the Nazis.

Lapid himself later apologised for any offence his remarks had caused to victims, saying he hadn’t intended to insult anyone.

“My aim was never to insult the people or their relatives, who have suffered. I totally apologise if that’s the way they interpreted it,” he told India’s CNN-News18.

“But at the same time … it was and it is a vulgar propaganda movie that didn’t have a place and was inappropriate for such a prestigious competitive section. I can repeat it again and again.”