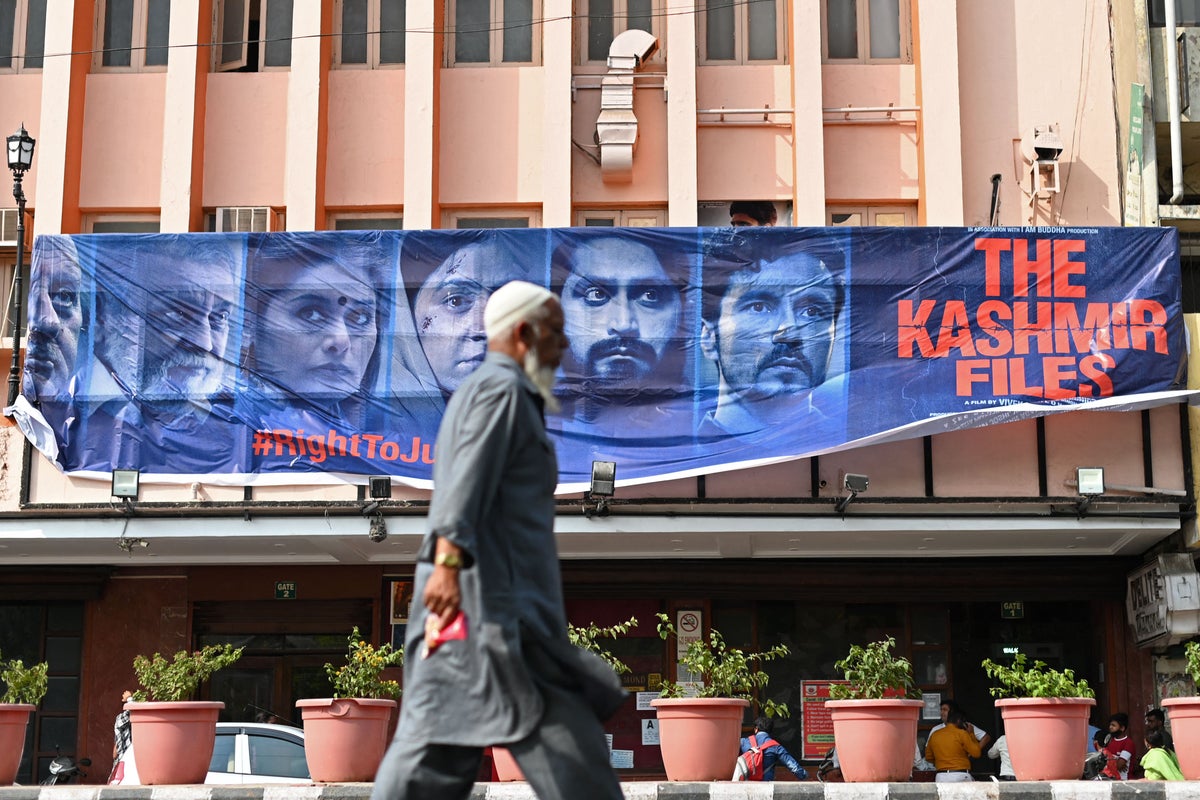 A contentious Indian film endorsed by the Hindu nationalist federal government has again stirred controversy after it was described as a “propaganda vulgar movie” by the Israeli jury head of the International Film Festival of India (IFFI).

The Himalayan region of Kashmir is at the heart of a decades-old dispute between India and Pakistan. Both countries claim the region as theirs, but control only parts of it.

The Kashmir Files, which presents a fictionalised account of the exodus of Hindu pandits from the Muslim-majority region in the 90s, has been mired in controversy since its release in March this year.

Israeli filmmaker Nadav Lapid on Monday attacked the film for its content, saying “all of us [the IFFI jury]” were “disturbed and shocked” to see the film, which was screened at the festival held every year in the coastal tourist state of Goa.

“All of us were disturbed and shocked… by the movie The Kashmir Files that felt to us like a propaganda vulgar movie inappropriate for an artistic competitive section of such a prestigious film festival,” Mr Lapid said during the closing ceremony with government ministers present in the audience.

“I feel totally comfortable to share openly these feelings here with you on this stage. In the spirit of the festival, can surely accept a critical discussion, which is essential for art and life.”

The film, which stars Bollywood actors Anupam Kher, Mithun Chakraborty, Puneet Issar, Amaan Iqbal and Pallavi Joshi, depicts the early 1990s exodus of hundreds of thousands of people, many of them Hindus, from Kashmir amid threats of terror. Several pandits, who are Kashmiri Brahmins, often say that not enough light is shed on their history.

In an unprecedented move, the film was promoted by prime minister Narendra Modi along with a plethora of his ruling Bharatiya Janata Party’s (BJP) lawmakers. With tax breaks in multiple states and the government’s backing, the Hindi language film was a major success at the box office.

Critics have accused the federal government of using the film to forward right-wing propaganda narratives of perceived Hindu persecution in India. In the wake of the film’s release, anti-Muslim violence flared up in the country at a time when minority communities have already been facing persecution.

The film’s director, Vivek Ranjan Agnihotri, reacted to Mr Lapid’s criticism with a cryptic tweet: “Truth is the most dangerous thing. It can make people lie.”

Anupam Kher, who played a protagonist in The Kashmir Files, said criticism of the film was pre-planned and shameful. He accused the jury head of being insensitive towards the suffering of the Kashmiri Pandits.

Jury member and filmmaker Sudipto Sen said Mr Lapid’s remarks were his “personal opinion”. “As a juror, we are assigned to judge the technical, aesthetic quality and socio-cultural relevance of a film,” he said in a statement.

“We don’t indulge in any kind of political comments on any film and if it is done, it is completely in a personal capacity.”

In a strongly worded statement, Israel’s ambassador to India, Naor Gilon, said Mr Lapid “abused the invitation to chair the panel in the worst way” and “should be ashamed”.

“I’m no film expert but I do know that it’s insensitive and presumptuous to speak about historic events before deeply studying them and which are an open wound in India because many of the involved are still around and still paying a price,” the envoy added.

Mr Gilon said as a human being he was “ashamed” and wanted to “apologise” to the host country for the “bad manner in which we repaid them for their generosity and friendship”.

The controversy over The Kashmir Files led to Singapore banning it in May for its “provocative and one-sided portrayal of Muslims”.

The country declared the movie to be “beyond” its film classification guidelines.

The Singapore government said the representations made in the film “have the potential to cause enmity between different communities, and disrupt social cohesion and religious harmony in our multiracial and multi-religious society.”