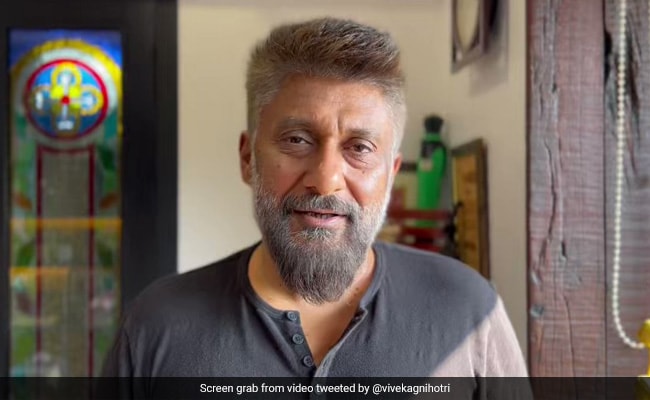 Vivek Agnihotri said that this is not the first time he has heard criticism about the movie.

Vivek Agnihotri, the director of ‘The Kashmir Files’, today challenged Israeli filmmaker Nadav Lapid to find an event in the movie that is not true.

“Today, I challenge all the intellectuals in this world and this great filmmaker from Israel to find one frame, one dialogue or an event in The Kashmir Files that is not true,” Vivek Agnihotri said in a video.

The filmmaker said that if anybody finds a frame that is not true in ‘The Kashmir Files‘, he would stop making movies.

Mr Agnihotri’s reaction comes a day after Nadav Lapid termed ‘The Kashmir Files’ as a “propaganda movie” and “vulgar” at the closing ceremony of the 53rd International Film Festival of India (IFFI). He had served as the chairperson of the international competition jury at the IFFI.

The Kashmir Files’ was screened at IFFI on November 22 as a part of the Indian Panorama Section. The movie is based on the exodus of the Kashmiri Pandits from the Valley in the 1990s.

Mr Lapid’s comments on the movie, one of the most talked about films of the year, sparked a controversy on social media with reactions pouring in from various quarters.

Vivek Agnihotri said that this is not the first time he has heard such criticism about the movie.

“Terrorist organisations, urban Naxals and those who want to break India in tukde-tukde (pieces) always say this,” the 49-year-old said.

The Big ‘The Kashmir Files’ At Film Festival Controversy