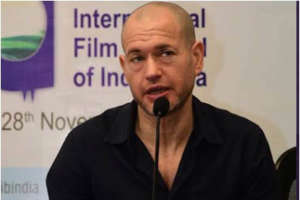 © Provided by News18 ‘Not Representing Israel’: Israeli Diplomat Distances Himself from Lapid’s Remark on ‘The Kashmir Files’, Apologises to Anupam Kher


After Israel’s envoy to India issued an open letter condemning Israeli filmmaker Nadav Lapid’s comments on the Hindi film The Kashmir Files, country’s Consul General to Mumbai Kobbi Shoshani also distanced himself from the remarks made against the movie at the closing ceremony of the 53rd International Film Festival of India (IFFI).

Israeli filmmaker Nadav Lapid, the jury head of the 53rd IFFI, on Monday described ‘The Kashmir Files’ as “propaganda” and “vulgar”. The film, that is based on Kashmiri Hindu genocide was released in theatres on March 11, was part of the Indian Panorama Section at IFFI and was screened on November 22.

Speaking exclusively to News18 after the outrage over Lapid’s remarks, Israel’s Consul General Mumbai Kobbi Shoshani said he saw The Kashmir Files a year ago and that “it touched his heart”, adding that Lapid does not represent Israel with his opinion on the film.

“It was a very emotional and touching film. I didn’t know even one thing about Kashmir before that,” Shoshani said, adding that it its important to know about the issue addressed the movie.

“Concerning Nadav Lapid, we don’t accept it. I personally don’t accept it. Ambassador, who was there with me in Goa last night, doesn’t accept it. It’s his own private opinion. He can say that it’s the opinion of the Jury which is alright. But it’s nothing to do with Israel,” Shoshani told News18.

Shoshani went ahead and said that he had told Lapid that he made a “big mistake”.

“I told him after the speech that he made a big mistake, that it wasn’t appropriate. Ambassador and I rolled out comment and tweets in a way that makes very clear what we think about using words like propaganda, we don’t accept it, Shoshani said.

He is not representing the State of Israel, Kobbi Shoshani asserted. This Shoshani said when asked what he has to say on the stir caused by the comments made by Lapid who is also an Israeli.

“He is not representing the state of Israel at all. The officials who are representing [Israel], like the ambassador and me, are not sharing the same opinion,” Shoshani said.

Shoshani later met Anupam Kher and said he has apologised to the actor and reiterated that he strongly supports the movie.

After actors of the film Anupam Kher, Darshan Kumar reacted to Nadav Lapid’s ‘propaganda’ comment, Israeli ambassador to India Naor Gilon had issued an open letter in which he told Nadav Lapid that he “SHOULD BE ASHAMED”.

Taking to Twitter, Naor Gilon wrote: An open letter to #NadavLapid following his criticism of #KashmirFiles. It’s not in Hebrew because I wanted our Indian brothers and sisters to be able to understand. It is also relatively long so I’ll give you the bottom line first. YOU SHOULD BE ASHAMED”.

Gilon then, in a six-pointer open letter, slammed the Israeli filmmaker.

The Bharatiya Janata Party (BJP) also reacted to the comments by Nadav Lapid and said that just like people denied the Holocaust and called Schindler’s List a propaganda, some people are doing the same to Kashmir Files.