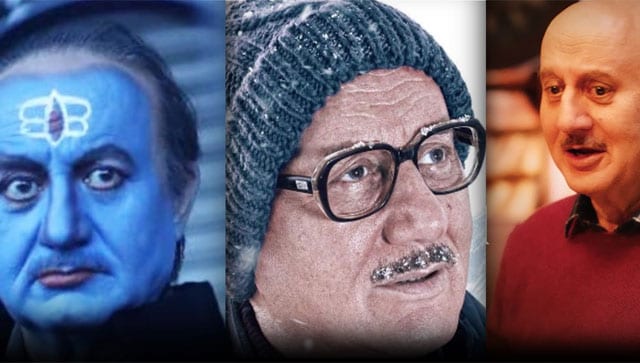 Anupam Kher had a dream run at the box-office in 2022 with three consecutive hits like The Kashmir Files, Karthikeya 2, Uunchai. And at the News18 Showreel, he said, “These are not your usual stories. The Kashmir Files was about the exodus, Karthikeya 2 was about Krishna consciousness, Uunchai was about the lives of four people above the age of 65. So when such films do well, you get confident that you’ll get to do different stuff.”

He added, “I’ve always done different type of characters. It’s not possible that in the 532 films, all the characters have to be great. But the success of these three films is very interesting.”

In March, the actor delivered one of the biggest blockbusters in the history of Bollywood with The Kashmir Files, which collected over Rs 250 crore at the domestic market against its modest budget of Rs 15-20 crore. It emerged as one of the most profitable films of all-time.

In August, Anupam Kher featured in Telugu blockbuster Karthikeya 2, which entered the Rs 100 crore at the box office. The Hindi dubbed version emerged a sleeper hit earning over Rs 30 crore.

The talented star gave her third hit in a row with the recently released Uunchai, which is performing extremely well at the box office. The Sooraj Barjatya directorial, which also stars Amitabh Bachchan, Boman Irani, Danny Denzongpa, Neena Gupta and Sarika, is expected to earn around Rs 17 crore in its first week.

The actor has some great releases in 2023 like Kangana Ranaut’s Emergency, where he portrays the character of Jayaprakash Narayan followed by Kuch Khatta Ho Jaay, Shiv Shastri Balboa, IB71, Nautanki, Kaagaz 2, The Signature and others.