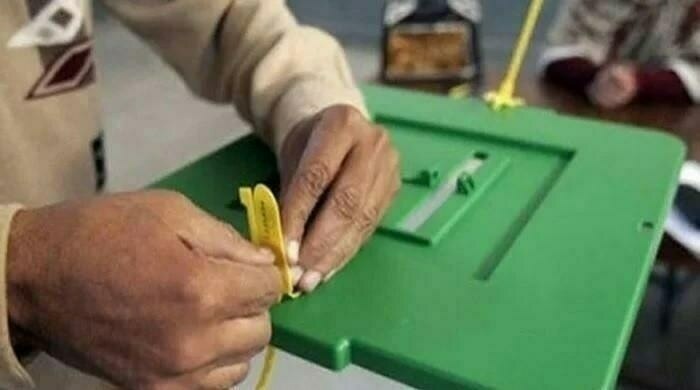 MUZAFFARABAD: All arrangements have been made to conduct the first phase of local government elections in Muzaffarabad division of Azad Jammu and Kashmir (AJK) today (Sunday).

Due to unavailability of additional security personnel from the federal government, the election commission had decided a week earlier to conduct local government polls in three phases. Polling in Muzaffarabad division will be held on Nov 27 (Sunday).

Commissioner Masoodur Rehman at a presser gave details of the arrangements for the upcoming polls. The commissioner said peace and coordination committees comprising local people and officials had been constituted to maintain harmony during the polling. He said 7,785 polling staff had been deputed at 1,323 polling stations.

The commissioner said the polling staff had been trained and assigned the duties at their respective polling stations in three districts of the division while peace and coordination committees had been constituted at each polling station comprising local people and government officials to maintain harmony during the polling.

He said 7,785 polling staff had been deputed on 1,323 polling stations in all three districts and polling material had been transported safely at the offices of returning and assistant returning officers from where it will be handed over to staff on Saturday evening or Sunday morning.

He said the presiding officers had been empowered with magisterial powers to peacefully conduct the polling and implement the code of conduct issued by election commission under election laws and criminal procedure code (CrPC) and authorized for a summary trail.

He said any violation of code of conduct by any candidate or supporter of candidate could disqualify a candidate even after the election and called the administration and polling staff to strictly implement the code of conduct.

The DIG said all security arrangement had been made final with scheme of deployment according to category of the polling stations, besides quick response force at each sector and routine patrolling and policing by the police force.