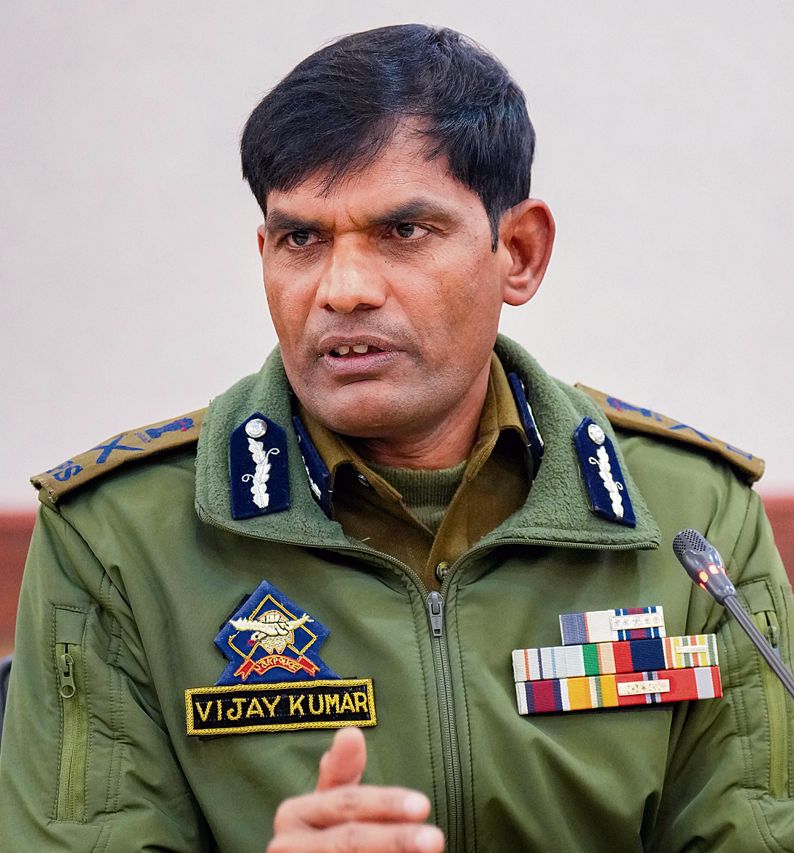 The Kashmir region that comprises 13 police districts has 81 terrorists at present with 29 being local while 52 are of foreign origin (Pakistanis), he said. He was interacting with a group of visiting journalists at the police control room here. We are very hopeful of eradicating terrorism from Kashmir in the next two years, he said.

Officials said Farooq Nalli, a Hizbul Mujahideen top operative, has been the only active commander since 2015 and he is on the radar of the police, the Army and the CRPF.

Police officials said the achievement in neutralising senior terrorist operatives can be gauged from the fact that while there were 80 top commanders in Kashmir about two years ago, there are only three now. Apart from Nalli, the two others are inactive.

“We have busted as many as 119 modules this year,” ADGP Kumar said. According to latest police data, there were 99 local recruitments in terrorist ranks in Kashmir this year. — PTI