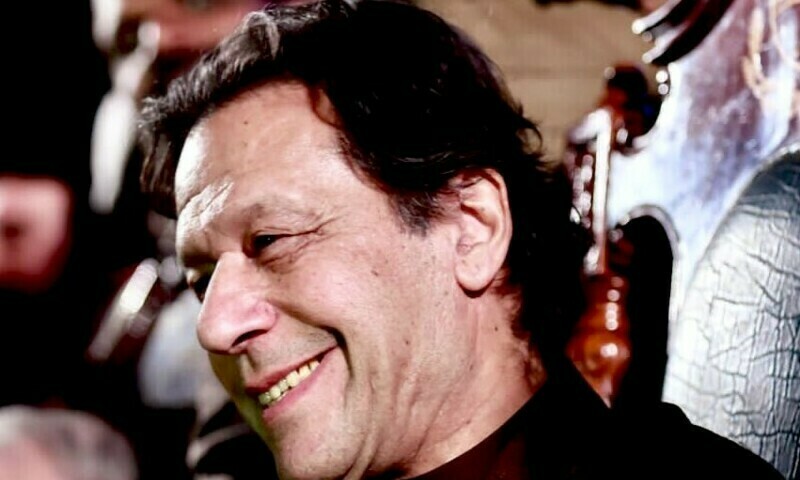 Say a major factor would be whether or not Punjab CM Parvez Elahi agrees with Imran’s decision.

PTI Chairman Imran Khan on Saturday announced that his party had decided not to remain part of the current political system and to instead resign from all the assemblies.

“We will not be a part of this system. We have decided to quit all the assemblies and get out of this corrupt system,” he said while addressing the party’s power show at Rawalpindi’s Rehmanabad.

It is pertinent to mention here that Imran’s PTI is in power in Punjab, Khyber Pakhtunkhwa, Azad Kashmir and Gilgit-Baltistan, while his party’s MNAs have already resigned from the National Assembly.

Imran said the PTI had decided not to go to Islamabad to avert any clashes or chaos. He added that he would soon be meeting his chief ministers and the parliamentary party and make the announcement about when the party would leave the assemblies.

Some legal eagles approached by Dawn.com doubted the effectiveness of such a move and said that Punjab Chief Minister Parvez Elahi’s compliance could be a sticking point.

Lawyer Abdul Moiz Jaferii said that PTI opting out of the system could cause a democratic deficit and take away political legitimacy from the legislative process but would not cause any legal infirmity.

“But having said this, it is a moot point. Because Parvez Elahi will not let this happen,” Jaferii said, adding that his son Moonis Elahi was a “walking accountability wicket” and the chief minister’s politics was not “fickle enough to be affected by something as transient as a change of guard”.

“Elahi’s loyalty to the uniform is best expressed as his once favourite former COAS Pervez Musharraf described it: it is like his skin,” he said. “In Elahi’s case, it manages to save his skin every time.”

Barrister Asad Rahim said that in a parliamentary system, the place of the PTI as the biggest party was in the legislature — debating and improving the state of laws.

He said that Articles 107 and 112 of the Constitution provide for the dissolution of the provincial assemblies by the governor on the advice of the chief minister. “With majorities in both Punjab and KP, the PTI is in a position to trigger fresh provincial elections,” Rahim added.

“In the event of such an outcome, while there is no express provision mandating general elections at the same time, it would be immensely counter-productive to hold federal and provincial polls at different times.

“On the other hand, if the PTI instead decides to go for another series of resignations, this would fall some distance short of starting the full-fledged process of dissolution, and lead to yet more by-polls within by-polls,” he analysed.

He rued that it was “incredibly unfortunate that our elected representatives, as encouraged by undemocratic forces, find themselves so bitterly polarised that they are unable to adhere to this basic concept.”

Lawyer Basil Nabi Malik said the PTI’s move might create a situation where elections for some assemblies take place at one time and those for others at some other time.

“That may not be as unprecedented as one may think. Keep in mind that GB has had elections in the past which do not necessarily coincide with those in the four provinces, so it is possible for the elections to take place at separate times,” he said. “However, the pressure politically will be great.”

Malik said that multiple provincial elections would prove to be a “reeling blow” to Pakistan with its already deteriorating economy, lack of systemic stability and political strife.

Meanwhile, senior anchor and journalist Hamid Mir said Imran’s decision to resign from the assemblies was “quite unexpected” for the government. “Imran has given them a surprise but it can also cause him difficulties because if Parvez Elahi does not side with him, then he would not only be unable to dissolve the assembly but it would also lead to horse trading, just like it happened in the National Assembly,” he said in Geo News show Naya Pakistan.

In the current circumstances, it’s a good political move no matter what the government says. He used the best possible political option available to him.

The government had long been asking Imran to legitimise his demand for new elections by dissolving the assemblies where he was himself in power. Today, Imran has ended that argument of his political opponents. Now his moral position on this matter is very strong.

Imran has managed to make himself relevant again. He was unable to gather a big enough crowd but towards the end of his speech, he did something that turned the game [around]. If the PTI quits Punjab and KP assemblies, you will have to talk about early elections with Imran Khan. And if the government runs from it, it would harm them and benefit Imran.

Michael Kugelman, a scholar of South Asian affairs at the Wilson Centre, Washington, said the PTI’s decision to not go to Islamabad was a “de-escalation and potentially conciliatory step”.

He added that the decision was “perhaps made with a certain audience — which is headquartered in the city where he spoke today — in mind.”

Salman Masood, Pakistan’s correspondent for the New York Times, noted that it was “quite an anticlimactic end to PTI’s long march”. “[IT] proved to be a disaster in political terms,” he added.

“Dissolving provincial assemblies was an option available with PTI for long. It didn’t need a long march as such,” Masood tweeted.

“From a strategic perspective, Khan has a weak hand right now,” he said in his analysis of the PTI decision and its implications.