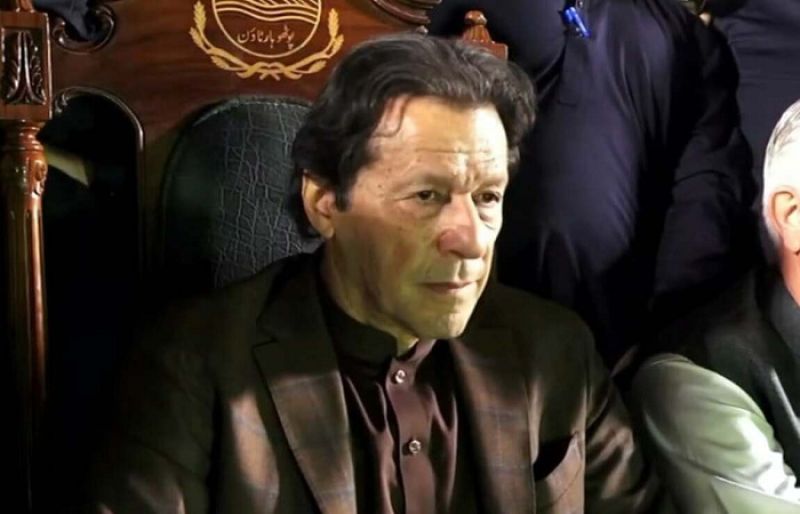 PTI Chairman Imran Khan has said that his party will resign from all assemblies. It is worth noting that the party is in power in Punjab, Khyber Pakhtunkhwa, Azad Kashmir, and Gilgit-Baltistan.

Pakistan Tehreek-e-Insaf (PTI) Chairman Imran Khan said on Saturday at a public meeting in Rawalpindi that his party has decided to resign from all Assemblies, as per the local media reports.

“We will not be part of this system. We have decided to quit all the assemblies and get out of this corrupt system.

It is worth noting that Imran’s PTI is currently in power in Punjab, Khyber Pakhtunkhwa, Azad Kashmir, and Gilgit-Baltistan.

Imran stated that the PTI has chosen not to travel to Islamabad in order to avoid any devastation or mayhem. He added that he would soon meet with his top ministers and the parliamentary party to discuss the issue and that he would shortly declare when the party will depart the assembly.

Imran has stated that his party did not travel to Rawalpindi for elections or political purposes.

Rather, he stated that new elections were necessary for the country.

Imran stated that he was unconcerned about elections because they will be held in nine months and his party would win.

Maryam Nawaz Sharif lashed the former Prime Minister of Pakistan by calling the march the “most unsuccessful long march”.

“The most unsuccessful long march, one drama and lie after another, but the truth is that Imran’s 9-year plan, the plan to end the government through conspiracy, the plan to bring his favorite chief, the plan to interfere in the appointment of the chief, the new The plan to make the chief controversial, all the plans failed miserably. This is the end of conspiracies!” she tweeted.