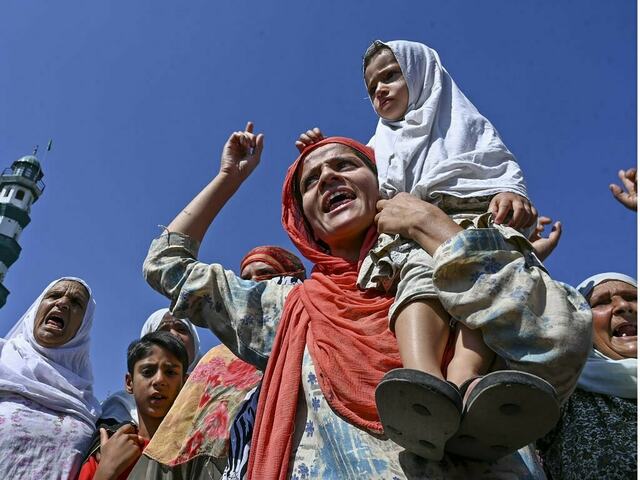 LAHORE: Like other parts of the country and rest of the world, ‘Youm-e-Istehsal-e-Kashmir’ was marked on Friday to register protest against illegal action of Indian government taken on this day in 2019 when the Modi regime in gross violation of the United Nations resolutions and international law scrapped Articles 370 and 35A of the Indian Constitution that granted special autonomous status to Indian Illegally Occupied Jammu and Kashmir.

To mark the day, different events were held in which speakers expressed their resolve to continue extending all out support to Kashmiris in their just struggle. Special events and rallies were held to raise a voice against the unilateral actions of 5 August 2019 and those taken afterwards that demonstrated sheer disregard for international law, views of the international community, and the aspirations of the Kashmiri people. The participants highlighted the Indian state-terrorism against Kashmiris.

Punjab Chief Minister Parvez Elahi while addressing a function said that August 5, 2019 is one of the blackest days in occupied territory. He said the purpose of observing the day is to sensitize the international community about New Delhi’s brutal repression being carried out by its more than one million occupation troops in Indian-held Kashmir. He said that Pakistan always supported the Kashmir cause whereas India is continuously violating human rights in IIOJ&K. He said Pakistan is raising the voice of Kashmiris in the world and keeping this hardcore issue alive. The current Indian government is working on an agenda of promoting Hindutva ideology and targeting the Muslims not only in Indian Illegally Occupied Jammu and Kashmir but within Indian itself, he said.

PTI leader Dr Yasmeen Rashid said PTI Chairman Imran Khan has raised Kashmir issue at all forums. She said the Pakistani nation always supporting the Kashmiri people. We, the Kashmiris, have one point agenda that Kashmiris must be given their fundamental right to self-determination, she added.