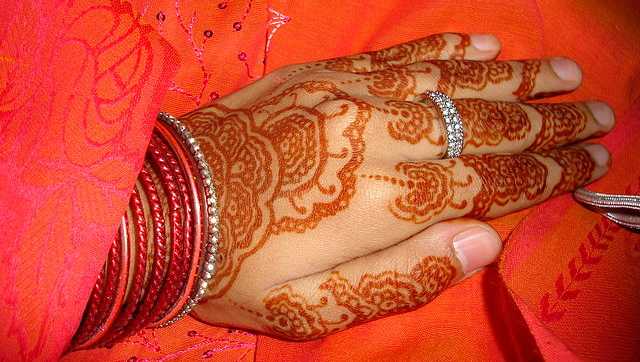 For women’s rights, conservation of biodiversity, and awareness for environmental protection, the J&K administration has launched a programme under which a sapling will be planted by a family, which gives birth to a girl child

Dowry-related deaths and domestic violence cases in Jammu and Kashmir have not come down even after the government and civil society took a slew of measures.

Despite involving religious leaders to the constant awareness programmes by the administration, the womenfolk of Jammu and Kashmir continue facing cruelties from their husbands.

To fight against injustice with the women, the Jammu and Kashmir administration is embarking on a mission to celebrate the birth of a girl child.

With an aim of recognition of women’s rights, conservation of biodiversity and awareness for environmental protection, the administration has launched a new programme “one girl child one plant” under which a sapling will be planted by a family, which gives birth to a girl child.

The programme, as per the Jammu and Kashmir Forest Department, is being implemented in synergy with “One Beat Guard-One Village Programme”, which was initiated last year to increase the green cover in Jammu and Kashmir at village level.

Shaped under the guidance of Commissioner Secretary, Forest, Environment and Ecology, Jammu and Kashmir, Sanjeev Verma, the administration through this programme has asked the citizens of Jammu and Kashmir to plant poplars, conifers, and other fruit-producing trees, which have a high economic value.

“Since the lack of resources is the biggest challenge faced by a woman, having dedicated resources allotted for them will grant them some degree of financial security and enable them to pursue education and other goals,” says Irfan Ali Shah, Conservator of Forests, Kashmir, South Circle.

Under this programme, the sale proceeds from the trees will go into a fixed deposit of the girl. “Once the female attains the marriageable age, the same money can be used through various girl-child schemes,” Shah says.

The forest department has asked the families to plant the trees in the village land, orchard, or a boundary near the house. “A full-fledged strategy has been planned for the programme. The government plans to create awareness among the present and future generations about the rights of daughters while at the same time contributing to the environment of the region,” Shah says.

Implementation of the programme

Twenty-nine-year-old Aarifa, an Anganwadi worker, has been an avid environment volunteer during her schooling.

Now when the administration has started a mission to uplift women and conserve forests, she is all set to ensure its implementation in her jurisdiction.

“It should be the responsibility of every human to conserve mother nature. I have already informed people to ensure planting a sapling on every birth of a girl child,” she says.

The administration has decided to involve Anganwadis and Asha workers to implement the programme.

According to the strategy chalked out by the forest department, an Asha or Anganwadi worker will inform the concerned panchayat about the birth of a girl child. The panchayat secretary will inform the concerned Beat guard who will provide sapling and technical assistance to the family to plant the saplings. “The beat guard shall monitor the sapling growth and will provide assistance in case of disease or mortality. He will keep records of the activity,” Shah says.

While the programme is still in its infancy stage, the forest department hopes for its successful implementation through robust campaigning. “We have started on a pilot scale in South Kashmir, but will soon take it forward to the entire Union Territory. All the 22 districts of J&K will be covered under it,” Shah says.

He says that a proper direction will be given to Anganwadi and Asha workers to involve people in this programme.

Jammu and Kashmir has 21,387 sq km of forest area. Nearly 47.80 percent of Jammu and Kashmir’s geographical area is covered by forests and has a monetary value equivalent to Rs 1.93 lakh crore.

As per the official figures, the forest and tree cover in Jammu and Kashmir is about 55 per cent, which is substantially higher than the national average of 24.56 per cent.

The recently released Forest Survey of India report revealed that Jammu and Kashmir’s forest area has increased by 29 sq km in the last three years.

Buoyed by its afforestation measures, the centre in its budget 2022-23 for Jammu and Kashmir has decided to plant 1.3 crore trees this year

The afforestation programme, as per the officials, is a part of the Rs 372.22 crore Green India Mission, which is estimated to cover 32,420 hectares of land.

Officials said the initiative “One Girl Child One Plant” will also assist them in achieving the mission of green Jammu and Kashmir.

“Annually 1.50-1.75 lakh girl children are born in Jammu and Kashmir, which means if this programme is implemented we will have 1.75 lakh new trees. The idea is to empower women and simultaneously increase the green cover of UT,” Shah says.

He says the concept will promote Agro-forestry practices in Jammu and Kashmir, which is one of the ways for biodiversity conservation, food security and climate change mitigation.

Vasundra Pathak Masoodi, former chairperson of State Commission for Women, claims such policies will have concrete results on the ground by changing the perception of men towards women’s rights.

“This is an incredibly awe-inspiring move by the Jammu and Kashmir administration. This holistic celebration by synchronising the plantation of a sapling at the birth of a girl child will surely go a long way in spreading the message that girl child is as valuable and important for the entire humanity as mother nature,” she says.

Masoodi claims that the preference for a male child is still prevalent in society despite many social welfare laws. “The female infanticide and mortality rate is growing, which is an expression of unabashed and ever-increasing desire for a male child. In a developing country like India, socio-economic and cultural aspects play a vital influence over the choice of gender as shamefully girls are still considered a liability and boys as an asset,” she says.

The former State Commission for Women chairperson says that the overall situation of women in Jammu and Kashmir is much below the average level of satisfaction.

“Every single positive initiative, howsoever small or big it might be, will definitely fetch a positive outcome. I am sure with this initiative a message will be delivered in a tangible way which will be remembered and reinforced with every new such plantation,” she says.

The author is a Srinagar-based freelance writer and a member of 101Reporters.com. Views expressed are personal.