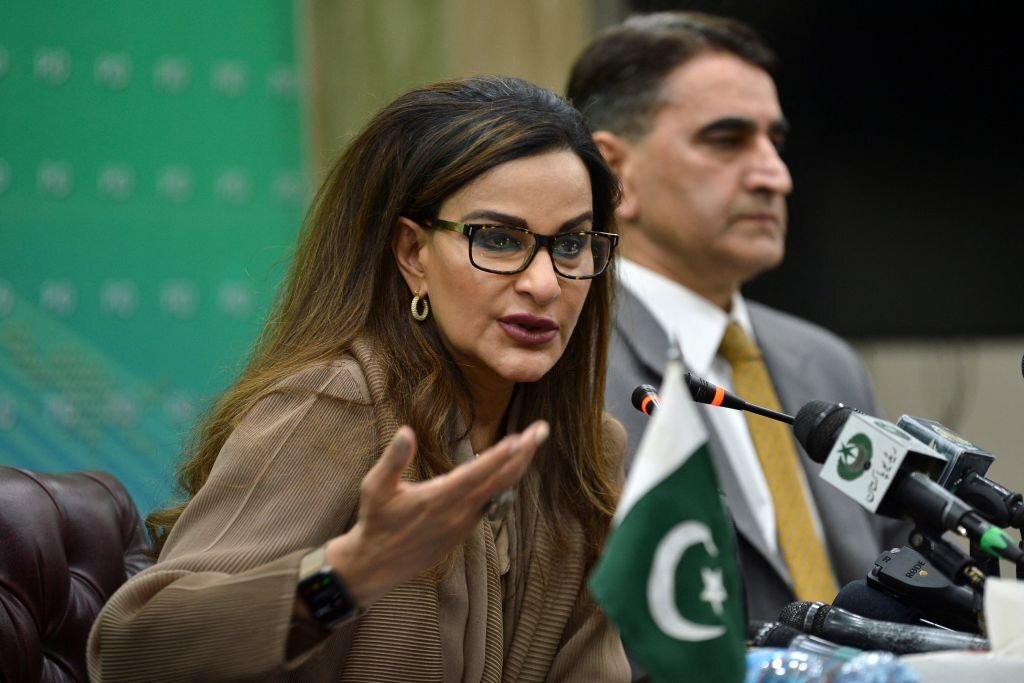 Addressing the joint media conference, flanked by Federal Minister for Information and Broadcasting Marriyum Aurangzeb, Adviser to the Prime Minister on Kashmir and Gilgit Baltistan Affairs Qamar Zaman Kaira and Secretary Ministry of Religious Affairs, she told the journalists that the country was importing 80,000 tonnes of hazardous waste from abroad which was far more than the solid waste produced annually within the country.

Sherry said a landmark policy was approved by the Cabinet moved by the Ministry of Climate Change (MoCC). The policy would help control the Hazardous Waste Management, its mobility, and transboundary movement of toxic material which included plastics, hospital waste, oil, batteries, and electronic waste, she added.
“The toxic waste’s formulation, classification and discarding mechanisms will be devised under the policy framework to be established in the next phase,” the Minister underlined.

She underlined that there was no second thought that hazardous waste was injurious to health due its carcinogenic nature and serious health complications. “It pollutes our ground water reserves and attains the chemical status of poisonous acid after seepage into the aquifer”, Sherry said.

The Minister informed that a long consultative process with the provinces was held and the Ministry would have to proceed as per the national action plan.
“We will have to form a departmental framework alongwith strengthening of federal and provincial environmental protection agencies (EPAs) and also regulatory framework to ensure implementation of the policy”.

Earlier, around 626 containers were shipped to Pakistan illegally by various countries to dump their toxic waste which hit the news bulletins as a matter of serious concern, she mentioned.

She said some 80,000 tonnes toxic waste a year was being imported by the private parties whereas the country’s solid waste generation was 60,000 tonnes per year.

The Minister while expressing her serious concern over poor management said that the imported waste was not managed properly that had entered in our blood, lungs and food through contamination.

“Basil Convention, Stockholm and Minamata Conventions also deal with it and the Policy had to be established as per these convention as Pakistan is signatory to these protocols. We will develop a national framework with the provinces and a national action plan to control licensing of hazardous waste import and management.”
She added the policy implementation would also benefit the country’s GSP plus compliance. “The MoCC hopes to prepare national action plan within three months,” she said.

Responding to media queries, she said there was no regulation to control the toxic waste generated and dumped in the country and the policy would help address the issue.

Adviser to Prime Minister on Kashmir and Gilgit Baltistan Affairs Qamar Zaman Kaira announced that the federal cabinet had approved an amount of Rs3.1 billion to establish housing units for 8,000 Kashmiri families that migrated from the Indian Illegally Occupied Jammu and Kashmir (IIOJK) after serious brutalities unleashed by the occupant forces in 1989.

“Pakistan always supported the Kashmiri brethren at every step and will continue to do so. The migrated families have been given full support by the Pakistani government who are living in various camps and shelters in Azad Jammu and Kashmir”, he said.

The government of Pakistan was providing per person funds and moved a summary to increase it before the cabinet. The amount of Rs3.1 billion rupees were released for the first tranche to establish some 1300 houses out of the total 8,000 in AJK whereas 40% land was identified for the project.

“We will provide all type of assistance to AJK government for settlement of Kashmiri brethren,” he said.