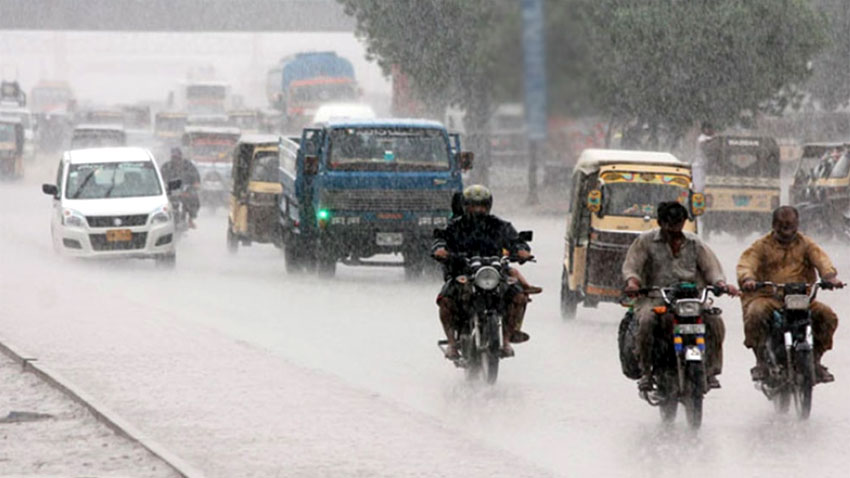 Pakistan Meteorological Department has advised the relevant authorities to remain alert during upcoming heavy monsoon rains starting from Thursday in different parts of the country.

According to an advisory issued by the department, moist currents from Arabian Sea and Bay of Bengal are likely to enter the upper parts of the country from Thursday, which may intensify and expand to the southern parts by the end of this week.

About possible impact of rain,  the met office also warned that heavy rain falls may generate urban flooding in different parts of the country, including Islamabad, Rawalpindi, Lahore, Gujranwala, Sialkot, and Faisalabad from Saturday to Monday.  It also advised fishermen to remain careful due to rough sea conditions during this time-span.

It is pertinent to mention that the advisory also warned the travellers and tourists to remain extra cautious during the forecast period.

Meanwhile, keeping in view of this situation, the National Disaster Management Authority (NDMA) has directed all federal, provincial ministries, and their subordinate agencies, including provincial, Gilgit-Baltistan, Azad Jammu and Kashmir, and District Disaster Management authorities to take timely and precautionary measures to deal with any emergency.

In addition, people living in low-lying areas should be careful and report any kind of emergency to the emergency services immediately.