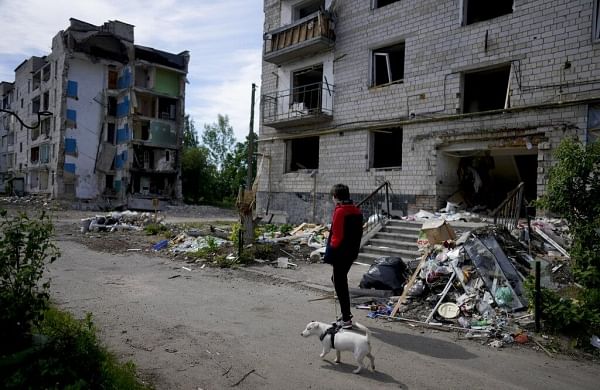 China is at the core of Quad’s emergence. Its rise, assertiveness, territorial claims, conduct in the East and South China Seas, naval expansion, the maritime “silk road” project, opaque authoritarian system etc. prompted the former Japanese Prime Minister Shinzo Abe to launch the Quad concept politically as a quadrilateral of democracies to counter China’s conduct and ambitions in the Indo-Pacific region.

With China designated as the US’s principal adversary, the sharp deterioration of US-Australia bilateral ties, and India’s own relations with China nose-diving politically after its aggression in Ladakh, the rationale of Quad has grown in the eyes of the four partners.

Ironically, China is the biggest trade partner of all the four Quad countries. This creates tensions between the security and economic interests of all the four  vis-à-vis China. India is in some ways in a more difficult position than the rest as it does not have the cushion of a military alliance with the US, as Japan and Australia do. However, anchoring in the Quad brings India maritime security benefits.

India’s position has evolved, becoming more supportive of the Quad, linked to our tensions with China. Although the Malabar maritime exercise, initially with the US, had no link to the Quad and the Indo-Pacific concept, and even now there is no formal linkage between the two, the fact that Japan and then Australia have since joined the Malabar as partners creates that unstated linkage.

More so as India has signed logistic supply agreements with Japan and Australia after the one with the US, which strengthens the maritime security dimension of Quad. Maritime domain awareness has now emerged as a cooperative pillar of Quad, which has implications with regard to Chinese maritime activity in the Indian and Pacific Oceans. At the Quad summit in Tokyo, a new initiative, the Indo-Pacific Partnership for Domain Awareness (IPMDA), has been launched to work with regional information fusion centres in the Indian Ocean, Southeast Asia and the Pacific Islands.

India now calls the Quad a force for good, a formulation that seeks to downplay its security dimension and counter the propaganda that it is an Asian Nato in gestation which causes concern in the ASEAN which China exploits. It supports a much broader Quad agenda so that Quad strengths can contribute to its own economic development, with opportunities in the domains of investment, critical and emerging technologies, energy transition, digital connectivity, supply chain resilience, anti-Covid vaccines, cybersecurity etc. All these figure in the joint statement issued by the Quad at Tokyo.

At Tokyo, India has demonstrated once again that its independent stand on Ukraine has not stood in the way of stronger understandings within the Quad, despite talk that India will come under pressure on the issue by the US. The joint statement simply refers to the respective responses of the Quad countries to the Ukraine conflict and the humanitarian crisis there.

India has obtained its desired formulation on terrorism in the joint statement, with references to terrorist proxies, cross border attacks, Mumbai and Pathankot, the FATF etc, which puts pressure on Pakistan. India is playing a balancing and constructive role in the Quad in ensuring that its agenda remains broad-based and India’s strengths in advancing it in the shared interest of all are recognised.