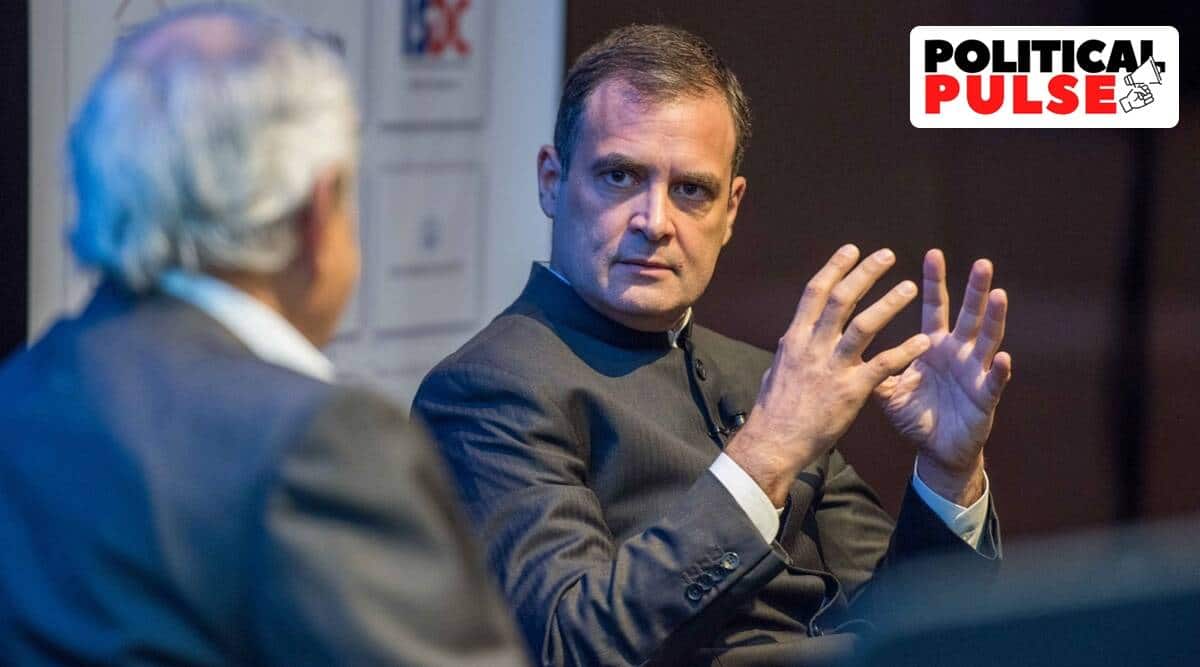 DAYS after he admitted at his party’s conclave that the Congress had lost its “connect” with the people, senior Congress leader Rahul Gandhi said the country was sitting on a “powder keg,” and accused the BJP Government of having “crushed” the nation’s voice and its institutional framework. Calling Indian democracy a “global public good,” Gandhi said that if it “cracks,” it will cause a “problem for the planet.”

Participating in the ‘Ideas For India’ conference organised by Bridge India, a non-profit think tank in London, Gandhi echoed a refrain from a series of his seminars at foreign campuses over the last two years: from the “capture” of institutions to the polarisation in politics and society.

Gandhi claimed European diplomats had told him that the Indian foreign service has become “arrogant,” a comment which drew a sharp rebuff from External Affairs Minister S Jaishankar who tweeted: “it’s not called arrogance…it’s called confidence.”

Comparing India’s situation with Pakistan’s, Gandhi drew a parallel between the border standoff with China and the Russia-Ukraine conflict and argued India is sitting on a powder keg because of massive polarisation and unemployment and could go the Sri Lanka way.

Asked if he saw any similarity between today and the pre-1947 situation in India when, as the moderator said, the soul of India was suppressed under British rule, Gandhi said: “Yes…from the soul of India comes the voice of India…India’s voice has been crushed. It has been crushed by an ideology. It has been crushed by the way technology has moved. It is being crushed by the institutional framework of our country…So the deep state, the CBI, ED…the stuff that is hidden is now chewing the Indian state. It is eating the Indian state…much like what happened in Pakistan.”

On why the BJP is winning elections and Congress is not despite issues like unemployment and rising prices, he claimed it was because of “polarisation and total dominance of the media.”

“We are sitting on a powder keg. We are sitting on an India that is primed…we have massive level of polarisation, we have huge unemployment…we have the backbone of employment broken, we have massive concentration of wealth, we are going to have social problems. They are coming. Without any doubt. There is going to be a mass upsurge,” Gandhi said. “The question is can the opposition make that upsurge peaceful, effective in changing the politics. You could also have a situation where you have an uncontrolled upsurge which is what we are seeing in Sri Lanka. India is not in a good place. The BJP has spread kerosene all over the country. You need one spark and we will be in big trouble. That is also the responsibility of the Opposition, the Congress, that brings the people together. Bring the communities, states, religions together…say, listen we need to cool this temperature down because if this temperature doesn’t cool down, things can go wrong.”

Democracy in India is a global public good. We’re the only people who have managed democracy at our unparalleled scale.

Had an enriching exchange on a wide range of topics at the #IdeasForIndia conference in London. pic.twitter.com/QyiIcdFfjN

Asked if he was suggesting a return to multi-alignment, he said: “No, I am saying pragmatically navigate the waters you are in…Don’t just say bhaiya theek hai hum aise karenge. And to hell with everything, to hell with our history, to hell with our understanding.”

“We have huge capabilities but no one listens to them. When you stifle conversation at the national level, you also stifle conversation in the Prime Minister’s Office. You cannot have a country that is not allowed to speak and a PMO that tells the Prime Minister the truth. You cannot have those two things…Our Prime Minister doesn’t listen and because our Prime Minister doesn’t listen no bureaucrat thinks he needs to listen. I was talking to some bureaucrats from Europe and they were saying that the Indian foreign service (has) completely changed. They don’t listen to anything. They are arrogant. .. now they are just telling us what orders they are getting…there is no conversation. You can’t do that,” he said.

Soon, Jaishankar hit back. “Yes, the Indian Foreign Service has changed. Yes, they follow the orders of the Government. Yes, they counter the arguments of others. No, it’s not called arrogance. It is called confidence. And it is called defending national interest,” he said in a Twitter post.

Asked how India could contribute to resolving the Russian invasion of Ukraine, Gandhi drew a parallel between Ukraine and Ladakh.
“Please recognise the parallels…the same idea is at play. There are Chinese forces sitting in Ladakh and there are Chinese forces sitting in Doklam. The Doklam forces are designed for Arunachal Pradesh and the forces in Ladakh are designed for Ladakh. The same principle is there. My problem with the Government is that they don’t allow a discussion. Chinese troops are sitting inside India today. They have just built a huge bridge over the Pangong lake. Why are they doing that? They are setting up the infrastructure. They are obviously preparing for something. But the government doesn’t want to talk about it. Government wants to stifle the conversation… I am worried that Chinese troops are sitting inside India and I can see exactly what is happening in Ukraine,” he said.

“I said this to our Foreign Minister…and he says, you know what you have a point. That is an interesting way to look at it. Please realise there are parallels to what is going on,” he added.

On US Secretary of State Antony Blinken’s recent comments that Washington was “monitoring” “a rise in human rights abuses” in India, Gandhi said: “I am glad that the US has woken up to the idea…We don’t need the United States to tell us that there is polarisation in India… We are, of course, fighting polarisation…But I think what the gentleman reflects is that a destabilized India, a India which spirals out of control is a problem for the globe. It is not just a problem for us. Democracy in India is a global public good. It is a central anchor for the planet. Because we are the only people who have managed democracy at the scale which we have…we are three times the size of Europe. And we have managed it for the last many decades. If that cracks…it is going to cause a problem for the planet. And that is what I think the US is realising.”