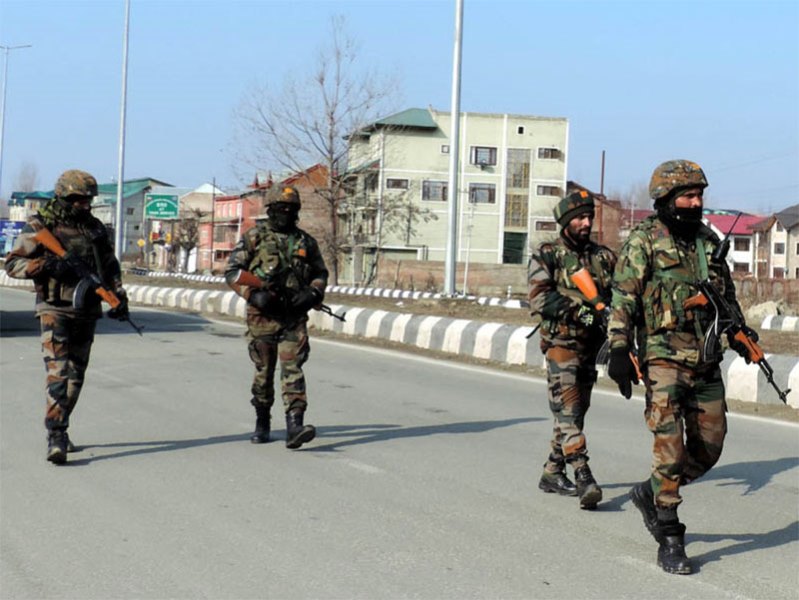 According to the official ,ATS Nagpur got custody of JeM terrorist Raees Ahmed Sheikh Asadulla Sheikh from Awantipora, Jammu & Kashmir.

ATS Nagpur was probing him for the last two days. Sheikh had allegedly conducted a partial recce of Dr Hedgewar Smriti Bhavan in Reshimbagh area and shared a video of the Bhavan to his handler in Pakistan, he said.

The 26-year-old Sheikh told the investigators that a person named Omar, claimed to be the operational commander of JeM’s Nawabpur (Pakistan)-based terrorist launching pad, was his handler.

He came here by a Delhi-Mumbai-Nagpur flight on July 13, 2021 and checked into a hotel in Sitabuldi area.

The handler had assured Sheikh that a local man would contact and help him in the operation in Nagpur.

However, Sheikh conducted the reconnaissance on his own as no person contacted him in Nagpur, the official said.

On July 14, Sheikh took an auto-rickshaw and reached Reshimbagh area with the help of Google Map.

The location was sent by his handler.

The officials said Sheikh then switched on his mobile phone camera and held it near his head to show as if he was speaking to someone over the phone.

He walked through the Reshimbagh ground while capturing its video. Sheikh shared the video with his handler on WhatsApp, but the latter got angry over its poor quality and instructed him to again shoot a video.

However, Sheikh refused to do so citing police security and switched off the mobile phone, the official said.

He then called the auto-rickshaw driver and asked to take him to a mosque.

The auto driver dropped him at a mosque near Santra Market gate, where he stayed the whole day and returned to the hotel in the evening.

On July 15, Sheikh went to Srinagar by a Nagpur-Delhi-Srinagar flight, the official said.

The Kotwali police station here had registered a case against Sheikh under various sections of the Unlawful Activities (Prevention) Act (UAPA). Later, the probe into the case was transferred to the state ATS.