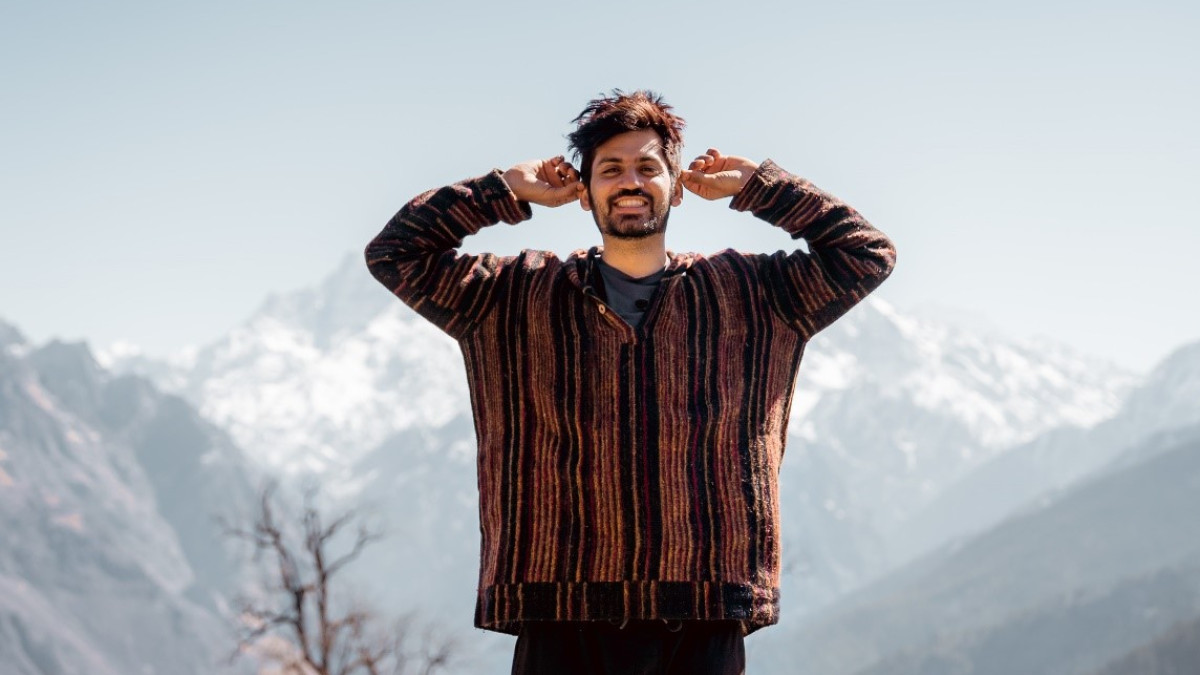 Born and brought up in the Haryana, a cultural hub of India, Ankit Bhatia completed his educational training in the state itself. Trained as an electronic engineer, Ankit moved to Pune in 2012 and after pursuing another course, he found himself placed for a job at a great company. While working, he realized he could afford a DSLR for himself, and being a staunch follower of films, he thought this could be his way of getting his Bollywood dreams to life. He set his aim to curate his cinematic videos and for this, he started traveling which soon culminated in his interest in travel photography.

In Ankit’s words, “My first trip was to Ladakh and when I came back, I started editing the video and uploaded it on YouTube. I know it wasn’t my best work but I was overwhelmed by seeing how much I have done and forwarded it to every person I knew on the planet.” After this experience, Ankit’s focus shifted completely to videography and by 2016 he learned several video editing software. He would work in his office the entire afternoon and then spend his evenings on video editing. He even approached several people for shoots that too free of cost just for experiencing how it would work in different situations and with people of different mindsets.

In 2017, Ankit upgraded his camera and bought the one more suited for videography. After gaining the belief that he was well versed in shooting videos, the next destination for Ankit was travel filmmaking. Ankit then planned to start travel vlogging series with himself being an important element of the on-screen recording. While recording and editing these travel vlogs, Ankit also engaged in video editing lessons for others to gain more confidence and enhance his personality. In no time his cinematic travel vlog series started gaining impetus amongst the people and his followers started increasing.

In 2018 a major achievement knocked on Ankit’s door as he was also chosen by YouTube among the few for their Next Up Competition. Following this in 2019, Ankit not only earned 100,000 followers but also made up his mind to follow his dream and for this, he decided to quit his job. However, before he could submerge himself in the field of videography, he had to convince his parents which he started right away. His parents skeptical of his dreams did not allow him to quit his job and so to respect their decision he continued to work in a corporate company along with shooting vlogs and running collaborations which fetched him more monetary benefits than his full-time job.

December 2020 however marked the climax moment for Ankit’s job as he was invited by Dubai Tourism to film Dubai and being the first Indian cinematic creator to be invited there, Ankit felt his worth. On his last day in Dubai, he had the realization that brought the biggest change for him. While sky diving, he felt the breeze caressing his face and he felt that it was this emotion that he wanted to experience with a heightened intensity. Influenced by this he submitted his resignation and felt that after 2 months, on his birthday he would be able to pursue his dreams without any bar.

Since 19th February 2021, Ankit has been traveling the world and filming videos for his vlog as well as for different companies. Currently traveling along with Africa, Ankit aims to travel the entire world and film the extravagant and dynamic cultures of different regions. Being a companion of nature, Ankit’s dream destination to shoot in is Iceland. Ankit’s long-term plan is to open his own production house and also teach the younger generations all the skills he has learned and will learn over the coming years. Ankit also launched two online courses and a few online products last year and will be launching more soon to facilitate the art of filmmaking and cinematography among aspiring cinematographers.