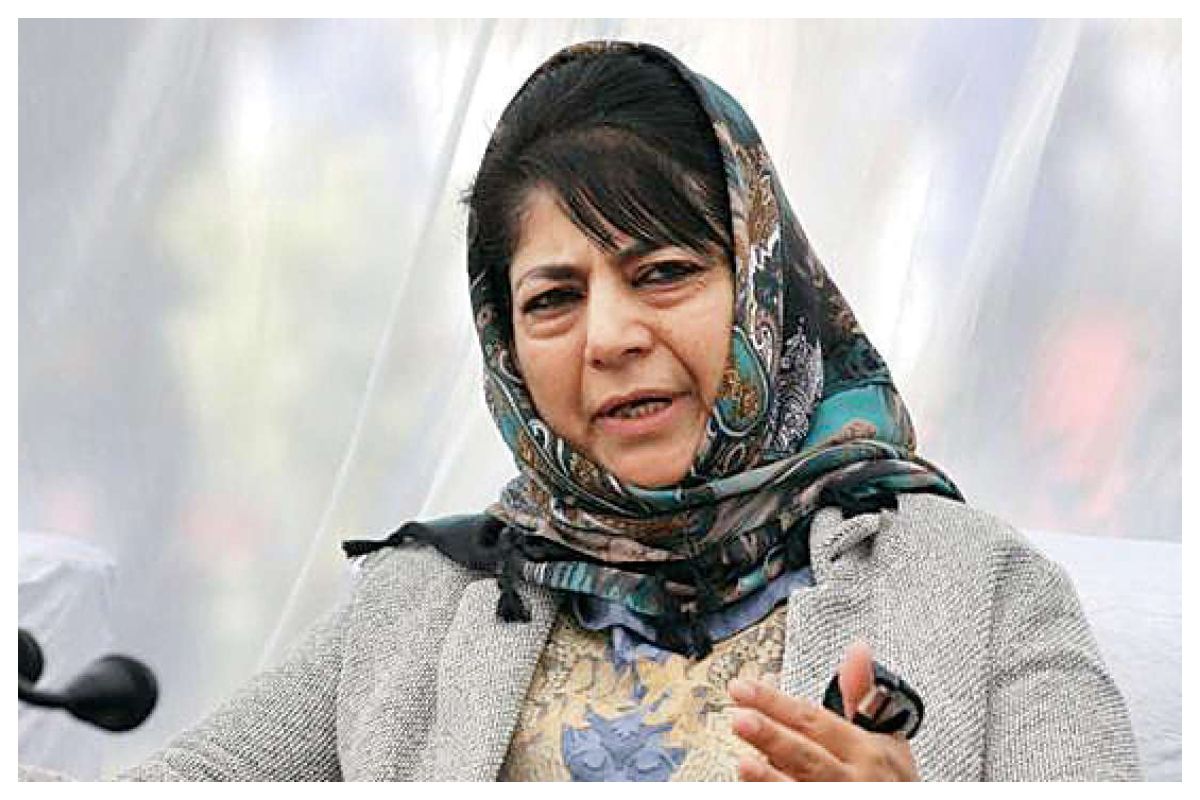 New Delhi: Peoples Democratic Party (PDP) chief and the former Jammu and Kashmir Chief Minister Mehbooba Mufti on Monday said that the movie ‘The Kashmir Files’, directed by Vivek Agnihotri, is responsible for the recent triggering of violence in the Kashmir Valley. Mehbooba Mufti also claimed that her government had created a safe environment for the Kashmiri Pandits during its tenure.Also Read – Massive Fire Breaks Out In Forest Areas Of Jammu and Kashmir, Firefighting Operation Underway

“We created a safe atmosphere for Kashmiri Pandits. In 2016, during the peak of unrest, no killing happened. The Kashmir Files movie has triggered violence,” said Mufti while addressing the media. Also Read – Demolitions in Delhi: ‘80% of Delhi Illegal, Will You Destroy All of It’, Arvind Kejriwal to BJP

Mufti also targeted the BJP-led Central government over the Gyanvapi Masjid row and said that “they are after all our mosques”.

“They (Centre) are creating Hindu-Muslim issues to distract from real topics and are after Gyanvapi mosque now. They are after all our mosques. Our God is wherever we worship; give us a list of all mosques you are eyeing,” the former Jammu and Kashmir Chief Minister added.

National Conference leader and former Jammu and Kashmir Chief Minister Farooq Abdullah also had on Monday called for a ban on ‘The Kashmir Files’, alleging that it has created an atmosphere of “hatred in the country”.

Farooq Abdullah also called the film “baseless”, citing the incidents portrayed in the movie as fake.