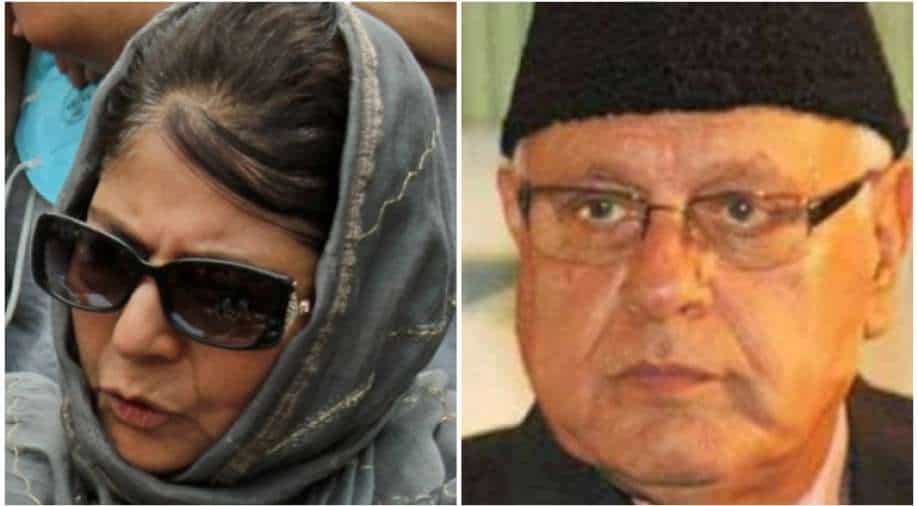 Mehbooba Mufti and Farooq Abdullah, two prominent political leaders from Jammu and Kashmir have blamed Bollywood movie ‘The Kashmir Files’ for creating hatred across the country. Both are former chief ministers of erstwhile Jammu and Kashmir state which is now a union territory.

Both the leaders met Manoj Sinha, Lieutenant Governor (LG) of Jammu and Kashmir to apprise him of current situation in the Kashmir Valley. Farooq Abdullah, president of National Conference spoke with media in Kashmir’s Anantnag District.

“We have raised the issue of the law & order situation in J&K with LG during the meeting. We have told him that the film ‘The Kashmir Files’ has created an atmosphere of hate in the country. Such things and films should be banned,” he said.

The People’s Democratic Party (PDP) President Mehbooba Mufti also blamed the ‘Kashmir Files’ for widening gap between the communities. She said that BJP is only doing communal politics.

“The PAGD met with the LG Manoj Sinha, and we raised concern about the movie ‘Kashmir Files’. It has triggered hatred among people of various communities. We also informed him that the government is using high-handedness against journalists and government employees. The prevailing law and order situation in Kashmir was also discussed,” said PDP President Mehbooba Mufti.

The People’s Alliance for Gupkar Declaration (PAGD) met LG as well and spoke with him about plight of Kashmiri Pandits in the valley.

Mehbooba Mufti also quoted former Indian prime minister Atal Bihari Vajpayee and said that his policy has to be implemented in the union territory. She said that the bloodbath in the valley won’t stop till we look for a solution.