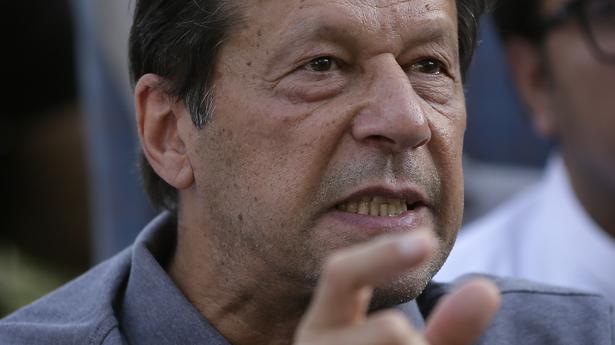 The Pakistan government on May 16 beefed up security for former Prime Minister Imran Khan, two days after Mr. Khan claimed that there was a plot to assassinate him.

Mr. Khan claimed on May 14 that a “conspiracy” to assassinate him was being hatched in Pakistan and abroad, warning that if anything happens to him, the people will come to know about the perpetrators through a video message he has recently recorded and placed in a safe place.

“A conspiracy is afoot to take my life. I got full knowledge of this conspiracy a few days ago. The conspiracy is being hatched here and abroad against me in closed rooms. I have recorded a video about this conspiracy, naming all those involved in it. If something happens to me then the people will come to know who were behind this conspiracy,” Mr. Khan had said during a rally in Sialkot in Pakistan’s Punjab province.

On May 16, Pakistan Prime Minister Shehbaz Sharif directed Interior Minister Rana Sanaullah to “provide foolproof security” to Pakistan Tehreek-e-Insaf (PTI) Chief after he was given a detailed briefing by the Interior Ministry on the security of the former premier, the official Associated Press of Pakistan news agency reported.

An interior ministry spokesperson also issued a statement confirming that in light of the PM’s instructions, fool-proof security arrangements for Mr. Khan had been ensured.

“Police and other law enforcement agencies have been directed to ensure deployment of the security personnel,” the state-run Radio Pakistan report quoted the spokesperson as saying.

It added that 94 police and Frontier Corps personnel had been deployed for the security of the former premier’s Bani Gala residence on the outskirts of Islamabad.

The spokesperson said that four vehicles and 23 personnel of Islamabad police and one vehicle and five personnel of the Frontier Corps were dedicated to accompanying the PTI chairperson during the movement.

Under the supervision of the Interior Ministry, a “threat assessment company is constantly reviewing matters pertaining to the security of Mr. Imran Khan,” according to the spokesman.

Moreover, 36 personnel of Khyber Pakhtunkhwa police and six from Gilgit-Baltistan police had been deployed by their respective governments for Mr. Khan’s security.

The Interior Ministry also asked Mr. Khan to provide “any specific information” so that further arrangements of security could be put in place.

“Being a former Prime Minister, it is [the] national responsibility of MR. Imran Khan to keep the Interior Ministry and other relevant institutions informed about any possible threat to his life and other matters,” the ministry said.

Prime Minister Shehbaz has also directed the provincial governments to ensure the former premier has adequate security when he is holding political rallies across the country, a report said.

Interestingly, while the Interior Minister was trying to beef up security for Mr. Khan, Interior Minister Rana Sanaullah tweeted that the former premier’s claims of an “assassination plot” was a mere political stunt.

Mr. Khan, the 69-year-old cricketer-turned-politician, was voted out of power last month through a no-confidence motion.

After his ouster, Mr. Khan has held several public rallies in different cities, labelling the new government headed by Prime Minister Shehbaz as “traitors and corrupt rulers” allegedly imposed at the behest of the U.S.

Mr. Khan has blamed the U.S. for conspiring against his government – an allegation the U.S. and the incumbent government here have refuted.

Pakistan Muslim League-Nawaz Vice President Maryam Nawaz on May 15 has vowed that if Mr. Khan showed proof of the alleged “assassination plot,” the Pakistan government would offer him more security cover than what is being currently provided to Prime Minister.

Mr. Khan has already announced a long march in Islamabad. The ex-PM said the date of the march would be made public after May 20.