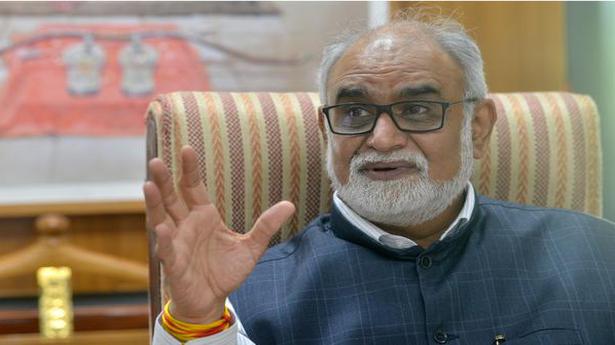 Culture mapping of 80 villages associated with noted personalities in history, in particular the freedom movement, unique crafts and festivals had been started as a pilot project, which is expected to be completed this financial year, according to Culture Ministry officials.

From Sempore in Kashmir to Kanjirapally in Kerala, villages with a connection to the Independence struggle as well as those with their own art practices had been selected for the pilot project being conducted by the Indira Gandhi National Centre for the Arts (IGNCA).

Member-secretary of IGNCA Sachidanand Joshi told The Hindu that the institution had been assigned the work in September.

“The aim is to create a huge database related to our villages and the culture, customs and traditions there. The mapping of 80 villages would be completed in this financial year,” he said.

In a reply to MP K.C. Ramamurthy’s question in the Rajya Sabha on December 2, Culture Minister G. Kishan Reddy said the project would lead to a “national register and interactive database of artists and art practices from the villages of India”. Each artist would be given a unique ID and an e-commerce platform set up.

“IGNCA, which is an autonomous organisation under the administrative control of Ministry of Culture has been designated as implementation agency for the National Mission on Cultural Mapping. The work under the mission involves coordinating the data collection through ground and field surveys conducted on the basis of detailed formats and questionnaires, mobile application, interactive web-portal and an Over-The-Top (OTT) platform to showcase ethnographic documentaries/ cultural events/ festival/ melas etc. of villages,” the Minister’s written reply stated.

On the list of villages selected, as detailed in Mr. Reddy’s reply, was Sempore or Pandrenthan in Budgam district of Jammu and Kashmir that is associated with 14th Century mystic Lal Ded or Lalleshwari. From Ladakh, the pilot project included Choglamsar and Wanla villages, known for wood carving. Khatkar Kalan village in Punjab, which has a memorial of Bhagat Singh; Reni village of Uttarakhand, where the Chipko movement started; and Kathputli Colony in Delhi, known for the “migrant kathputli artists”, were also on the list.

Sites of religious importance, including Shringverpur in Uttar Pradesh which, the Minister said, was “associated with Lord Rama – Lord Rama stayed here for one night after Nishadraj Guha”, were also included in the list of villages. Two villages of Tamil Nadu – Ettayapuram (the birthplace of poet Subramania Bharathi) and Thiruchigadi (a village of “women potters) – are also on the list. Kanjirapally village, associated with Accama Cherian, an Independence activist known as the Jhansi Rani of Travancore, was on the list.

While the Culture Ministry had launched the culture mapping mission in 2017, the project had been slow to take off, before it was handed over to the IGNCA this year.