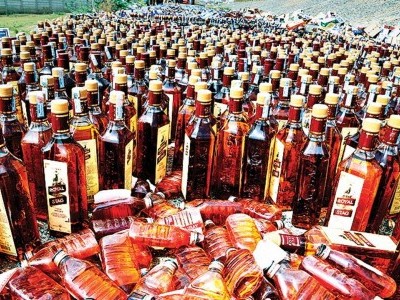 Muzaffarnagar: A case was registered against a woman Head Constable after 578 cartons of wine were found missing from Kairana Police Station warehouse, officials said on Saturday.

Head Constable Taresh Sharma was booked under section 409 (breach of trust by a public servant) of the Indian Penal Code at the order of the Superintendent of Police.

Sharma was held responsible for the missing wine – seized in 12 cases – in an inquiry conducted by Circle Officer Pradeep Singh.

The incident came to light when the Head Constable was transferred and during handover of the charge to the next incumbent 578 cartons of wine were found missing.