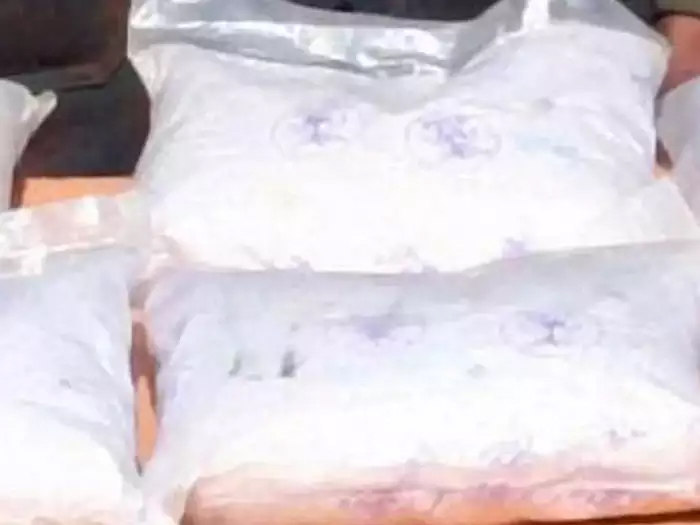 JAMMU, Nov 25: In a major success, Jammu Police has seized a huge quantity of suspected heroin worth crores on Thursday in Jhajjar Kotli area here in the city outskirts.
Sources said that after recieving specific inputs, a truck on way from Srinagar towards Jammu was intercepted by the police.
During checking, some packets were seized from the vehicle.
The packets were suspected to be containing contraband of heroin.
One person is also reportedly arrested while the driver managed to give a slip to the police team, sources added.
“We have seized some packets from the vehicle. The quantity and what they are containing, is being verified by the police teams and other agencies on job,” said a police official.
The confirmed details can be shared only after the investigation, he said.
(Agencies)