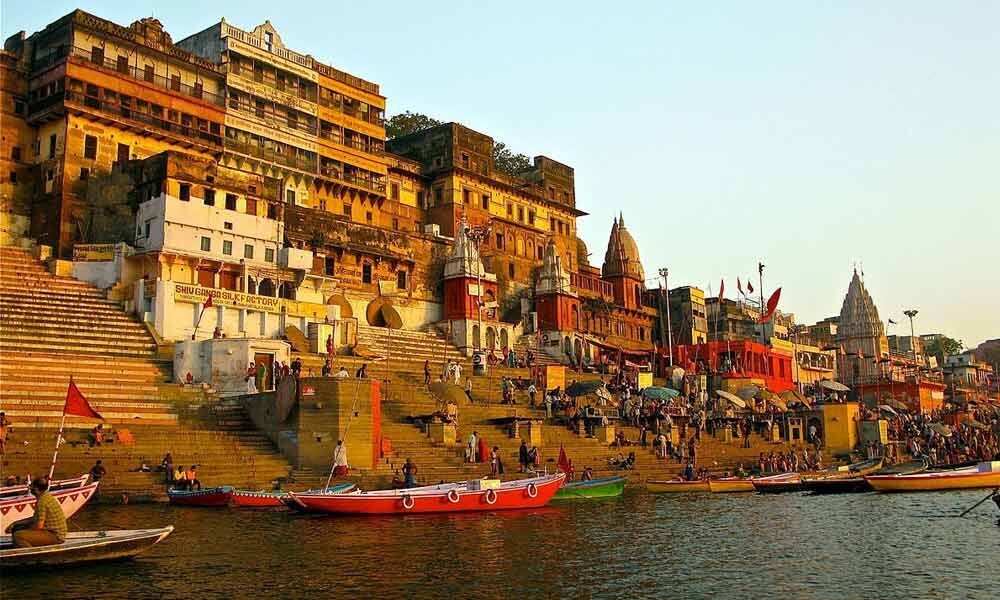 Author and filmmaker Nilosree Biswas has shot various documentaries in Banaras since her first visit to the city in 1996. The idea of a book took root in 2013 and she was initially apprehensive whether she would come out “fully scathed or oblivious”. The outcome of this true labour of love is a book that combines her rich prose with the powerful images of photographer Irfan Nabi that explores the fascinating nuances of the holy city.

“My relationship with Banaras dates back to the 90’s; my first trip to the city was in the early winter of 1996. Since then I have visited Banaras numerous times; I have shot various documentaries there. The seed idea of the book initiated way back in 2013; we started working on it in 2017.

“And I decided to visit the place once again, apprehensive of whether I would come out fully scathed or oblivious, that is, pining for more or not wanting to ever go back again,” Biswas told IANS in an interview of ‘Banaras – Of Gods, Humans and Stories’ (Niyogi Books).

“All the captivating elements — the ghats, the rickety stalls, the winding lanes, and the daily lure of sweet and savoury Banarasi delectables — too many visual imageries stuffed my mind. I wanted to capture all that and more,” she added.

Noting that a book always has a wider canvas to work on and therefore, creates possibilities to tell more about a location, Biswas said: “Banaras is endless, one book is not enough, but it’s a great start.” Considerable research that went into the book, from primary sources, to secondary sources, field data, interviews; From the seminal works of Diana Eck, a scholar of religious studies who is a Professor of Comparative Religion and Indian Studies at Harvard, to travel accounts of European travellers, to English translations of scriptural texts, colonial records, to studying the art of British painters like (1749-1840).

“Apart from the published material, all my first-hand encounters with the artisans engaged in Banarasi-sari weaving, the meenakaris, the wooden toy makers, the tabla makers, the flower sellers, the snack makers and more have provided the most ‘real’ experiences for the research for this book,” Biswas explained.

“You cannot ever have or experience all that Banaras has to offer. It is imperative that one must visit the place, if not possible physically, then by turning the pages of this book. As I said, one book may not be enough, but it is surely a great start,” she maintained.

A cascading effect of events unravels in Banaras through the book — on its ghats and in its lanes. Myriad lanes emerge like an umbilical cord out of the ghats to the womb of the sacred geography, to the infinite spots where the believers pause to experience the divine. Its waterfront, a grid of stairs leads one’s vision up and the eye meets a world that is frantic of the mundane and magnum opus, a scene that appears chaotic yet in sync.

Biswas and Nabi discern the engaging narrative of a unique chromosome that makes Banaras. Traversing within the maze, its sacred topography, craft traditions, and gastronomic plethora, the book examines the tenets of its weave. There is a singular, unified, and unstoppable momentum to all this — akin to the unfolding of a scroll of a painting.

“A lovingly-written and profoundly personal meditation on the City of Light in all its different dimensions and avatars; vaulting from mythology to history and back through the ancient scriptures and epics to the living landscape, this is a warmly affectionate love-letter to the holiest of all Indian cities,” says historian, art historian, author, and curator William Dalrymple.

Nilosree Biswas was trained in Comparative Literature at Jadavpur University, Kolkata, and later in cinema. Her interests include history, cultural studies of pre-modern, colonial South Asia, and early Hindi cinema. Her works, both film, and writing have appeared in various print media and screened worldwide including at Cannes Film Festival. ‘Broken Memory, Shining Dust’, her prominent documentary, has been archived by the Oscar Library, also known as The Margaret Herrick Library, a world-renowned, non-circulating reference and research collection devoted to the history and development of the motion picture as an art form and an industry established in 1928 and located in Beverly Hills

Her earlier book, also co-authored with Irfan Nabi — ‘Alluring Kashmir: The Inner Spirit’ — has found a home in the Library of Congress. Biswas is working on her next book on food stories during British rule in India.

Irfan Nabi studied in Srinagar’s prestigious Irish Catholic Burn Hall School. He photographs often and writes intermittently; his images have been part of major exhibitions in Amsterdam, Washington, Kolkata, and New Delhi among many other cities around the globe. He has shot and travelled solo across various terrains.

Indulgence in food and music is what keeps him going in his spare time. A book on Ladakh is in progress. Culturally nuanced photo elements are what his lens seeks.