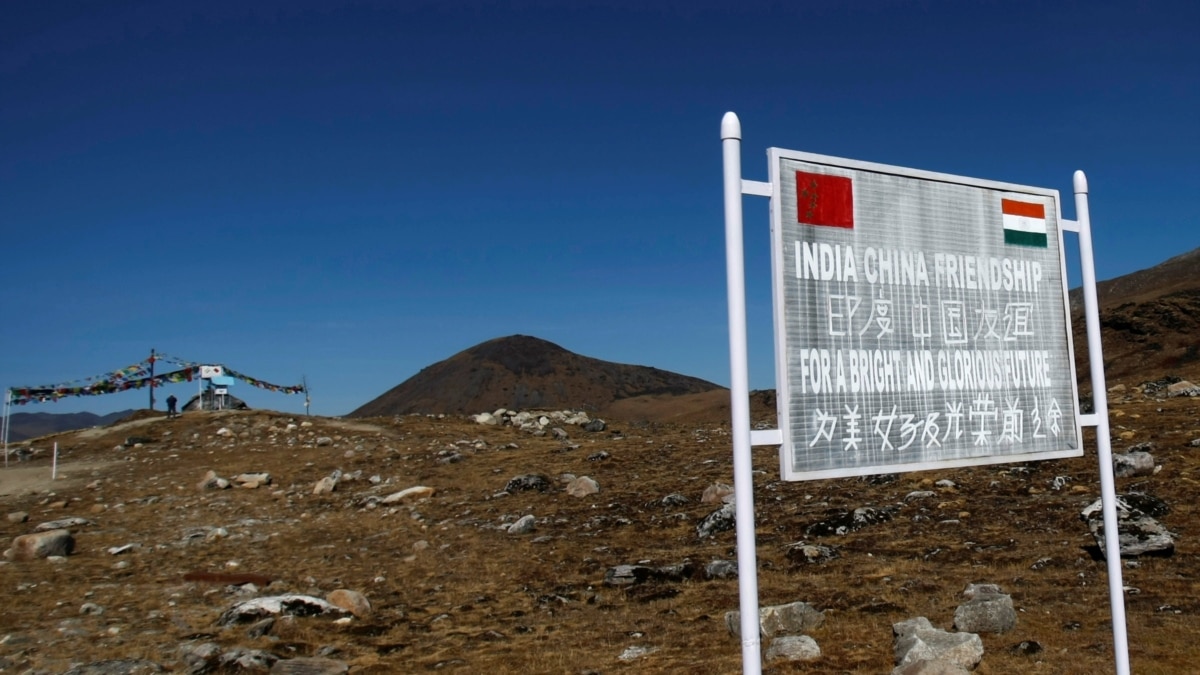 Although it has expressed concern over a new land boundary law passed by China, India has said it expects that Beijing will not take action that could “unilaterally” alter the situation in the countries’ border areas.

China’s National People’s Congress passed the law Saturday amid a protracted military standoff that has led the Asian rivals to deploy tens of thousands of soldiers along disputed stretches of their frontier in the Himalayas.

Analysts in New Delhi see the new law as a signal of a hardening stance by China on their boundary dispute.

The Land Borders Law, which is to take effect Jan. 1, calls China’s sovereignty and territorial integrity “sacred and inviolable.”

The measure marks the first time China has passed a law spelling out how it guards its land borders. While it shares land borders with 14 countries, including Russia, it has unsettled boundaries with only two — India and Bhutan.

The dispute between India and China in the Himalayas flared last year amid accusations by New Delhi that Chinese soldiers had encroached into Indian territory in Ladakh, resulting in their deadliest clash in nearly five decades, killing 20 Indian and four Chinese soldiers.

India’s foreign ministry said on Wednesday that “China’s unilateral decision to bring about a legislation which can have implication on our existing bilateral arrangements on border management as well as on the boundary question is of concern to us.”

Ministry spokesperson Arindam Bagchi said in a statement that “both sides have agreed to seek a fair, reasonable and mutually acceptable resolution to the boundary question through consultations.”

“We also expect that China will avoid undertaking action under the pretext of this law which could unilaterally alter the situation in the India-China border areas,” he said.

Claims between the two countries overlap at several places along the 3,488-kilometer so-called Line of Actual Control that serves as their de facto border.

The new law has raised concerns that it could become harder to resolve the dispute that has bedeviled their ties.

Talks aimed at finding a political settlement to their unsettled border have dragged on for years but have made little headway. While confidence-building measures put in place had long helped to keep a lid on tensions, the hostilities that erupted last summer have eroded trust between the two sides.

The latest talks held this month between their military commanders aimed at disengaging troops from friction points in the Himalayas also ended in a deadlock.

“Multiple rounds of talks, whether it is at the diplomatic or military level between the two countries have made virtually no progress in overcoming the impasse,” said Rajeswari Pillai Rajagopalan, director of the Centre for Security, Strategy and Technology at the Observer Research Foundation in New Delhi.

“The new law indicates a hardening of position, it aims to show that China is powerful,” she said.

The deputy dean of the School of Law under Renmin University of China, Wang Xu, was quoted in China’s state-backed Global Times newspaper as saying that “the law will serve as a legal guideline for China in coping with all possible land border disputes, including the current specific territorial conflicts at China-India borders.”

Observers say the new law is an indication that the military standoff in the Himalayas is likely to drag on.

Calling the new law a signal of China’s inflexibility, an editorial in the Times of India on Tuesday said that it means that their current border standoff “has slim chance of satisfactory resolution” and that China will not budge from its border claims as it looks to legally formalize them by building permanent infrastructure and control systems in these areas.

“More icy hostility may follow,” the editorial warned adding, “An aggressive, inflexible and belligerent China is here to stay.”