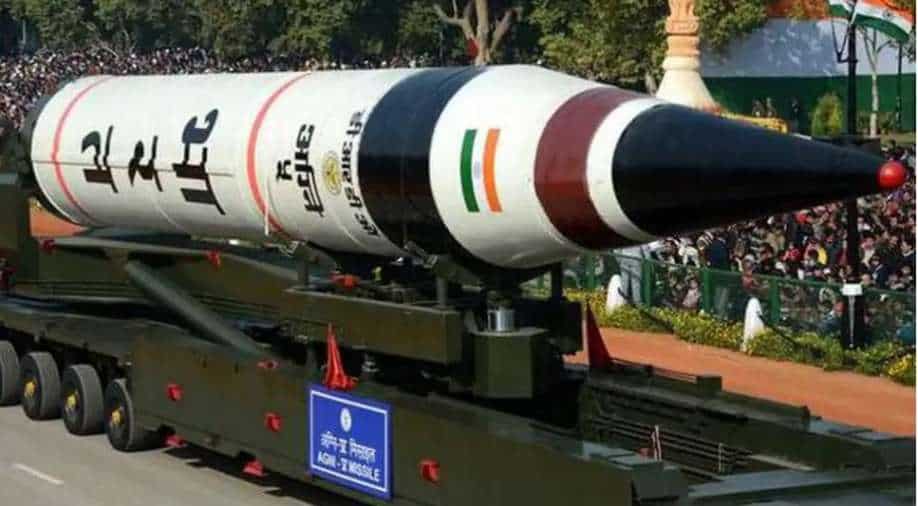 In what is being interpreted as a powerful message to Beijing, on Wednesday, India’s defence ministry confirmed the successful test-firing of the surface-to-surface ballistic missile Agni-5, which has a range that extends to the Chinese mainland.

According to the defence ministry, the missile, which utilises a three-stage solid-fuelled engine, is capable of attacking targets at ranges up to 5,000 kilometres with a high degree of precision.

According to the statement, the successful test of Agni-5 is in keeping with India’s declared objective of having a credible minimum deterrent, which underpins the commitment to No First Use.

The latest test comes as India and China are involved in a border dispute in the Ladakh sector, and the Chinese Army has increased military activity in the eastern sector, including Arunachal Pradesh.

“A successful launch of the Surface to Surface Ballistic Missile, Agni-5, was carried out on October 27, 2021 at approximately 1950 hrs from APJ Abdul Kalam Island, Odisha. The missile, which uses a three-stage solid fuelled engine, is capable of striking targets at ranges up to 5,000 kilometres with a very high degree of accuracy.The successful test of Agni-5 is in line with India’s stated policy to have ‘credible minimum deterrence’ that underpins the commitment to ‘No First Use’,” read the statement issued by the Defence Ministry.