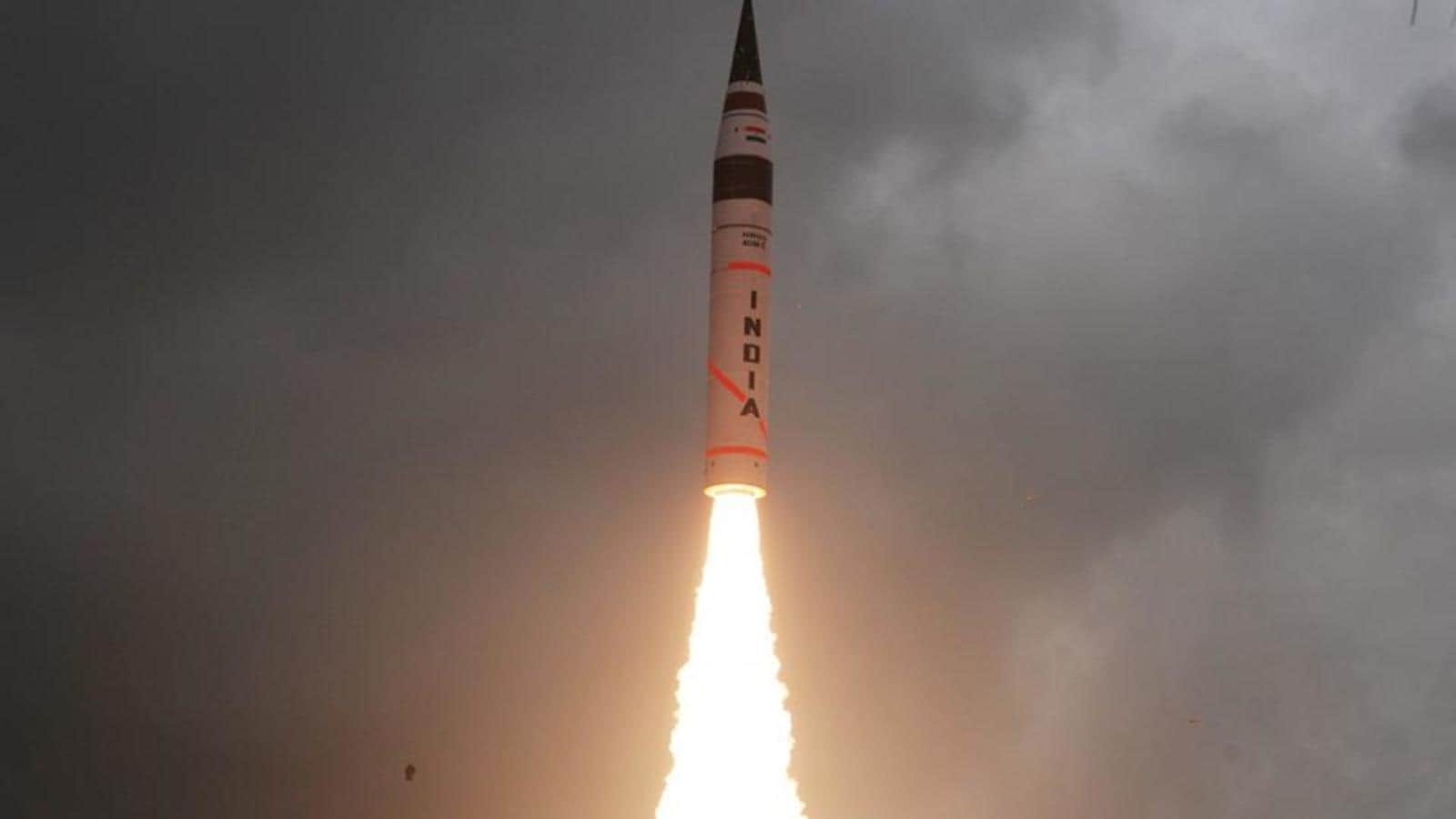 India on Wednesday announced that it carried out the latest test of the 5,000 km range Agni-V missile from the APJ Abdul Kalam Island off the Odisha coast, a significant step towards boosting the nuclear deterrence against China.

The successful test of the Agni-V missile is in line with India’s stated policy to have credible minimum deterrence that underpins the commitment to no first use, the defence ministry said in a statement.

The missile, which is being inducted into the Strategic Forces Command (SFC), will put India’s credible minimum deterrence on a firm footing as no missile in the Indian arsenal has the range to strike targets deep inside China.

“The missile, which uses a three-stage solid fuelled engine, is capable of striking targets at ranges up to 5,000 km with a very high degree of accuracy,” the statement added. The missile has been tested several times after its maiden launch almost a decade ago.

The latest test comes at a time when India and China are locked in a border row in the Ladakh sector, and the People’s Liberation Army (PLA) has also scaled up its military activities in the eastern sector, including Arunachal Pradesh.

India has the capability to carry out nuclear strikes with fighter planes, land-launched missiles and from the sea. The Agni series of ballistic missiles and warplanes such as Rafales, Sukhoi-30s and Mirage-2000s can deliver nuclear warheads. The 6,000-tonne Arihant, which means destroyer of enemies, is armed with 12 B-05 submarine-launched ballistic missiles (SLBMs) capable of delivering nuclear warheads up to 750 km away.

India is also developing a new class of ultra-modern weapons that can travel six times faster than the speed of sound (Mach 6) and penetrate any missile defence. In September 2021, the Defence Research and Development Organisation (DRDO) carried out a successful flight test of the hypersonic technology demonstrator vehicle (HSTDV) for the first time from the Odisha coast.

Only the United States, Russia and China have developed technologies to field fast-manoeuvring hypersonic missiles that fly at lower altitudes and are extremely hard to track and intercept.