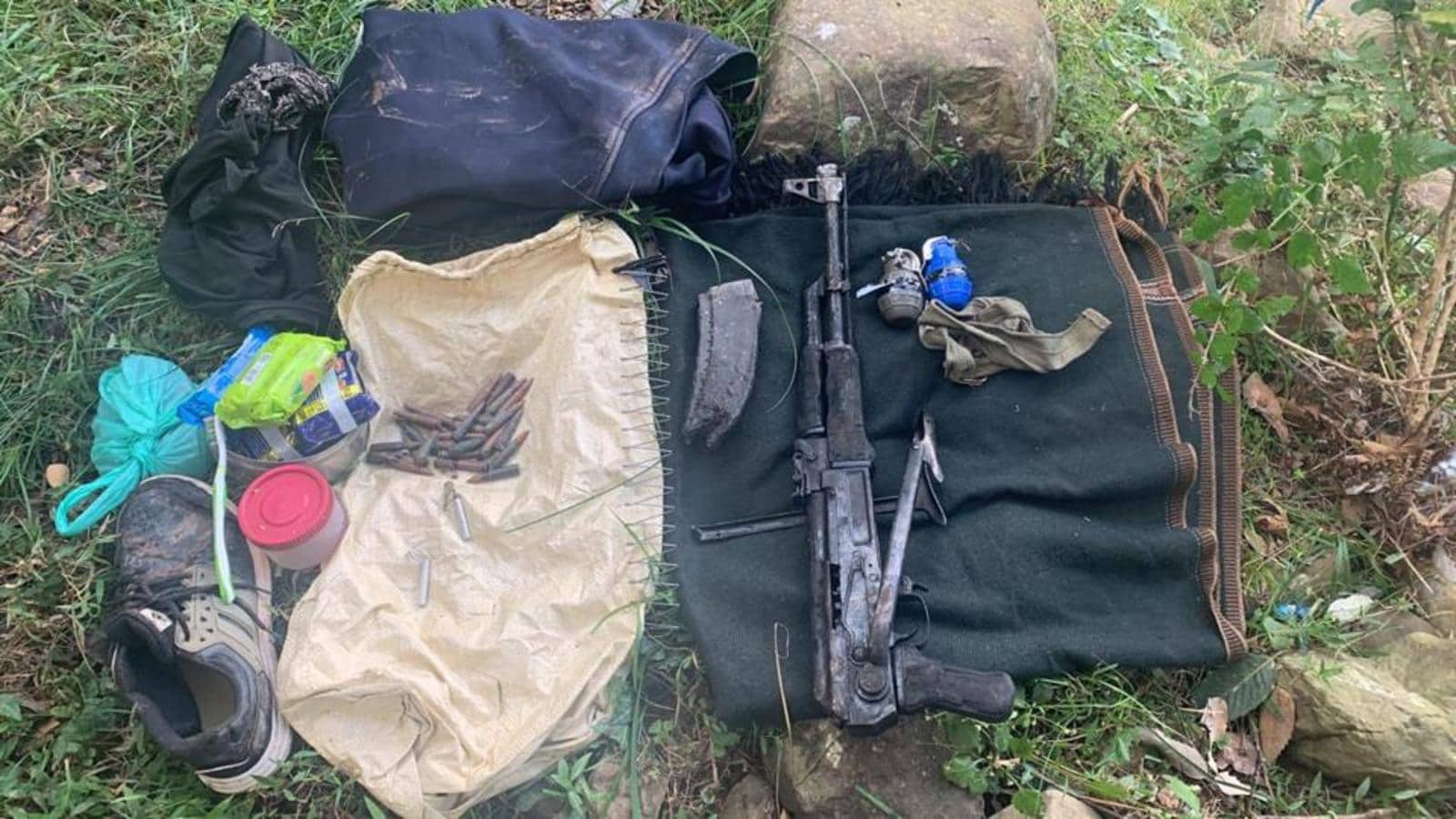 The recoveries made by security forces in Poonch included an AK-47 assault rifle with magazine, 29 AK rounds, two grenades, two detonators, four biscuit packets, socks, a jacket and blankets besides two syringes and other items

Security forces on Tuesday recovered some arms and ammunition from Nar Khas forest near Bhata Dhurian of Mendhar subdivision in Poonch, said officials.

However, success continues to elude the security forces as terrorists hiding in the dense jungle were well trained in guerilla warfare tactics and had been using natural caves and poor visibility to their advantage.

“In the ongoing anti-terrorist operation at Mendhar in Poonch, army and police have recovered arms and ammunition from the encounter site,” said a police spokesperson.

On Sunday, an arrested member of terror outfit Lashkar-e-Taiba was killed and three security personnel were injured when terrorists opened fire on a search team of the army and police in the same forests.

The police said that Zia Mustafa, an LeT terrorist from Pakistan, was taken to Bhata Durian forest to identify the terrorist hideout where the search team was attacked in which three security personnel and Mustafa was killed.

A total of nine personnel have died in the ongoing operation which began on October 11 when terrorists ambushed a search party, killing five soldiers.