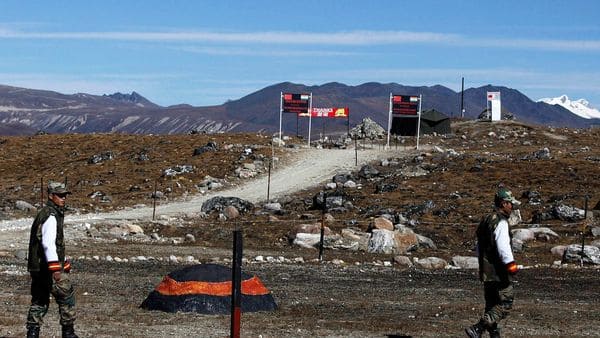 NEW DELHI : India on Wednesday slammed China for its “unilateral” move to bring in a new land border law which New Delhi said was a matter of concern as the legislation could affect existing bilateral pacts and the unresolved border between the two countries.

Indian foreign ministry spokesman Arindam Bagchi said India expects that China will avoid taking action under the pretext of the law that may result in unilaterally altering the situation in the India-China border areas.

India has in the past called out Chinese actions, which New Delhi has apprehended, could alter the border situation in Beijing’s favour pending a resolution to the border issue, seen as a legacy of the 1962 war between the two countries.

The references were to a law adopted by China’s national legislature last week on the protection and exploitation of the land border areas.

China’s state-run Xinhua news agency reported last week that the law, which becomes operational from 1 January next year, stipulates that “the sovereignty and territorial integrity of the People’s Republic of China are sacred and inviolable.”

“We have noted that China has passed a new ‘Land Boundary Law’ on 23 October. The law states among other things that China abides by treaties concluded with or jointly acceded to by foreign countries on land boundary affairs,” Bagchi said. He said the legislation also has provisions to reorganize districts in the border areas.

“China’s unilateral decision to bring about a legislation which can have implication on our existing bilateral arrangements on border management as well as on the boundary question is of concern to us,” Bagchi said in response to a question.

“Such unilateral move will have no bearing on the arrangements that both sides have already reached earlier, whether it is on the boundary question or for maintaining peace and tranquility along the LAC in India-China border areas,” he said.

Bagchi pointed out that India and China had not yet demarcated their boundary and that both sides have agreed to seek a fair, reasonable and mutually acceptable solution.

He said both sides have also concluded several bilateral agreements, protocols and arrangements to maintain peace and tranquility along the LAC in India-China border areas in the interim.

“Furthermore, the passage of this new law does not in our view confer any legitimacy to the so-called China Pakistan ‘Boundary Agreement’ of 1963 which government of India has consistently maintained is an illegal and invalid agreement,” he said. The reference was to Pakistan illegally ceding Indian territory in Kashmir to China.

India and China have been engaged in a faceoff in the Ladakh region with tens of thousands of soldiers standing eye ball to eye ball along their borders since May 2020. The two sides had previously agreed to disengage troops from two of several friction points in the area and the processes have been carried out in the two places.

But talks earlier this month on disengagement from a third area ran into trouble with military commanders of the two sides unable to make any further headway.

The two sides could hold talks at the level of ministers or diplomats to break the deadlock before resuming military commander level talks, two officials had earlier said separately.