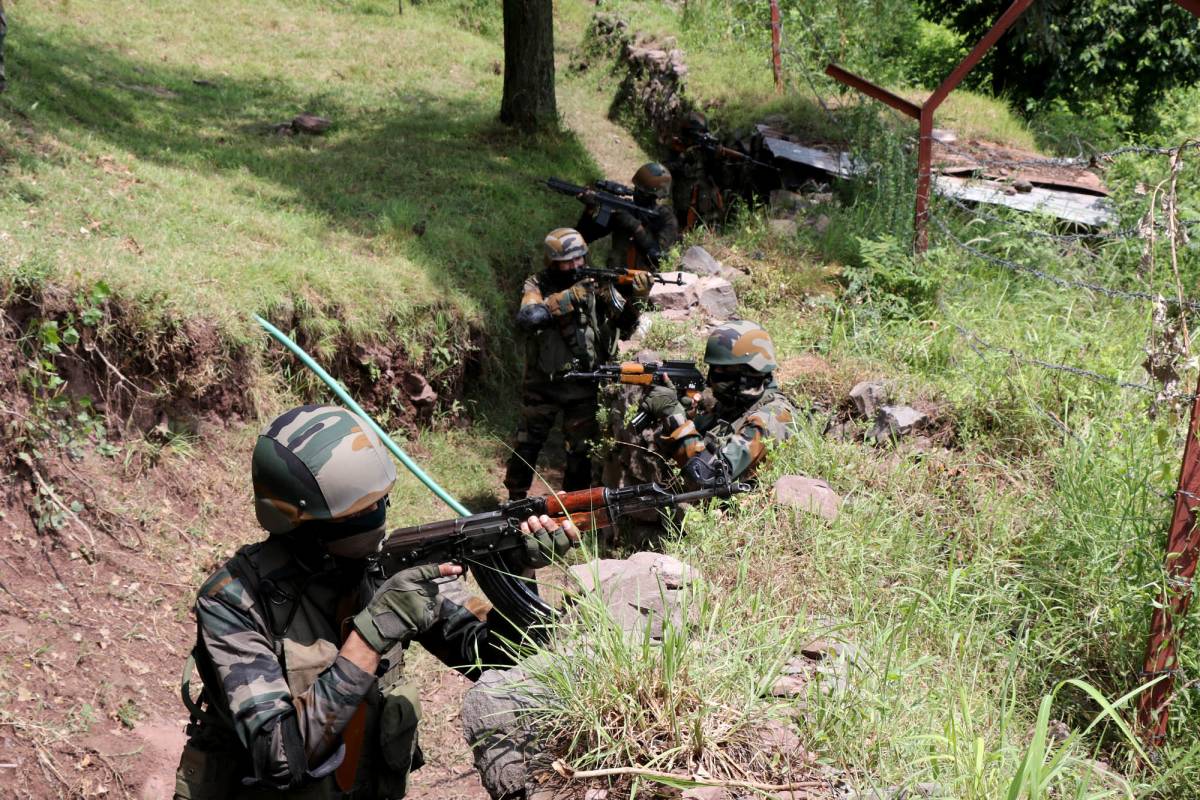 Jammu: Two army personnel, including a Junior Commissioned Officer (JCO), were critically injured in an encounter with terrorists in Jammu and Kashmir’s Poonch district on Thursday night, officials said.

“In an ongoing counter terrorist operation in general area Nar Khas forest in Mendhar sub-division there has been exchange of fire between army troops and terrorists during evening hours today”, PRO defence said.

During the ensuing exchange of fire, one JCO and one soldier have been critically injured, he said. The operations are under progress, PRO said.

On October 12, five army personnel, including a Junior Commissioned Officer (JCO), were killed in an encounter in Dera Ki Gali (DKG) in Surankote area of Poonch district.

On September 12, an unidentified militant was killed in an encounter with security forces following a search operation in the upper reaches of Manjakote in Rajouri district.

On August 19, a Junior Commissioned Officer (JCO) of the Army was killed in an encounter with terrorists in Thanamandi area of Rajouri district.

Two Lashkar-e-Taiba (LeT) terrorists were killed in an encounter with security forces in Thanamandi belt on August 6.

(To receive our E-paper on whatsapp daily, please click here. We permit sharing of the paper’s PDF on WhatsApp and other social media platforms.)