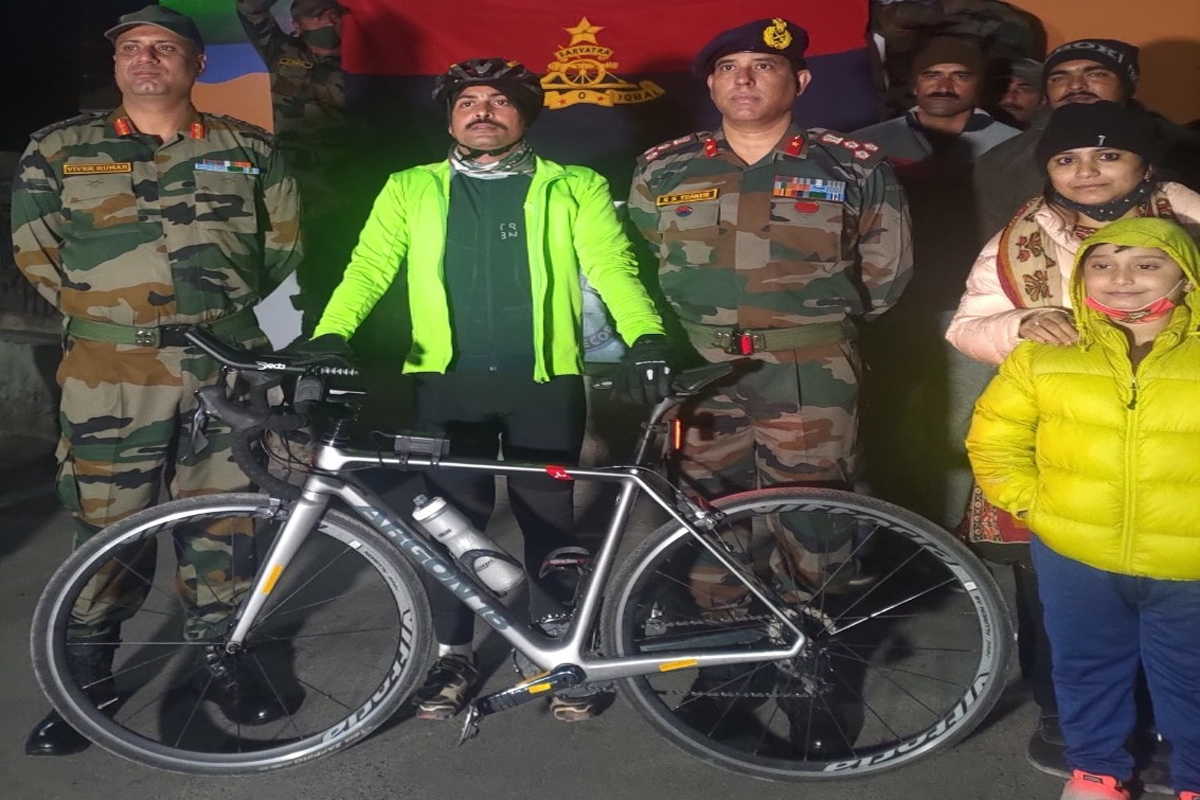 In a bid to break the Guinness Record for fastest solo cycling, an Army officer Lt. Colonel Sripada Sriram from the Strategic Strikers Division of One Corps on Saturday set off for a 472 km long journey from Leh in Ladakh to Manali in Himachal Pradesh. The cycling will involve crossing five high passes and difficult terrain.

A defence spokesman said that Lt. Colonel Sriram started cycling for his mission after flagging off by Brigadier RK Thakur from Leh at 4 am. The Officer would attempt to cover a distance of 472 Km with a total elevation gain of approximately 8000 meters. The route involves crossing five major passes in tough weather conditions. The Officer is expected to reach Manali in Himachal Pradesh by the afternoon of 26 September.

This event becomes more special being a part of ‘Swarnim Vijay Varsh’ celebrations and also to mark the occasion of 195th Gunners’ Day.