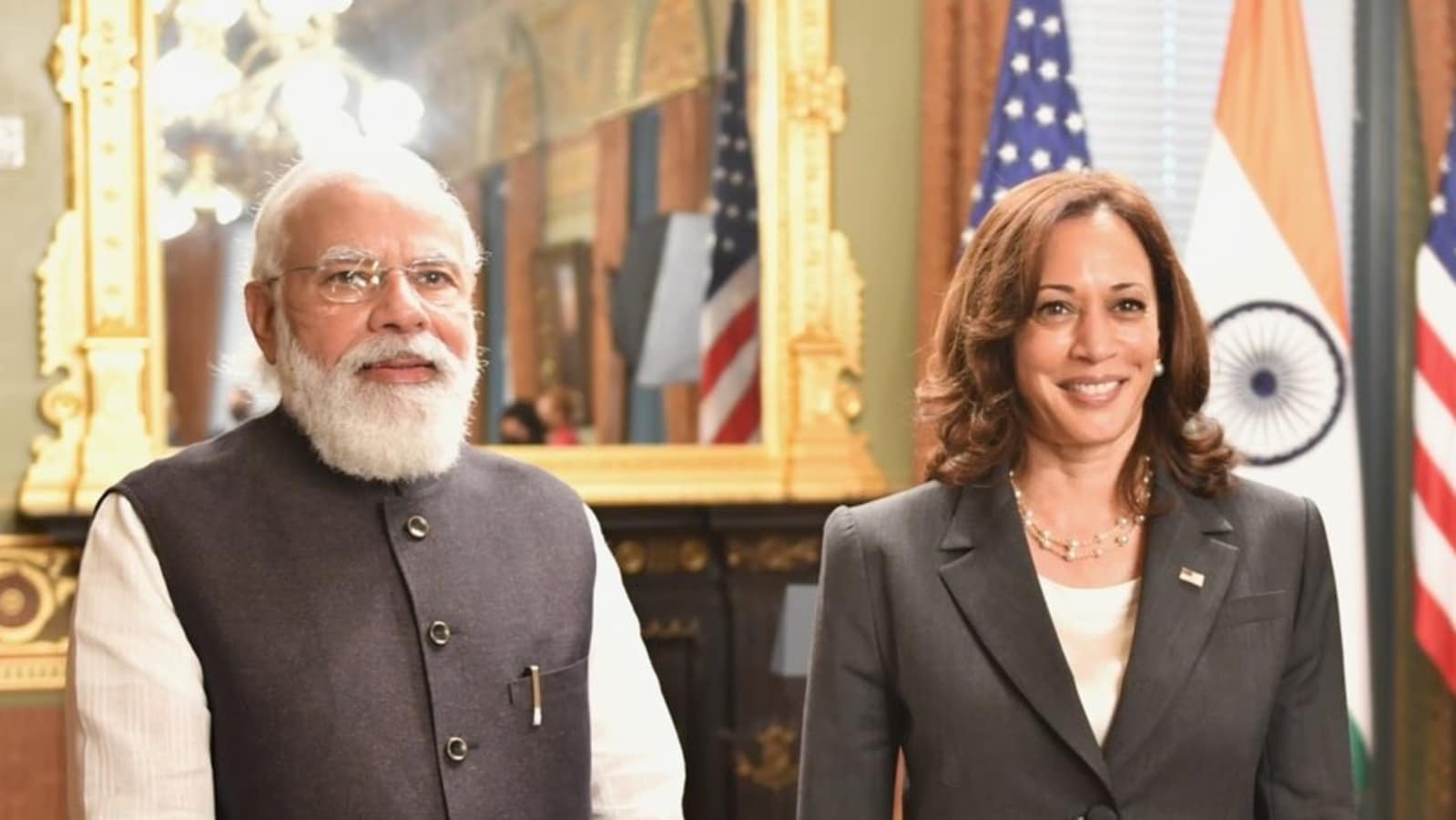 US vice president Kamala Harris raised the issue of the threat posed to India and theUS by Pakistan based terror groups, but Washington is in a quandary over Islamabad’s use to handle Taliban for the stability of Afghanistan.

Prime Minister Narendra Modi is gearing up for the key bilateral meeting with US President Joe Biden and the Quad summit after excellent conversations on Pakistan with Vice President Kamala Harris and on Chinese belligerence with Japanese and Australian PM. Narendra Modi will be the first PM of India in four decades to engage with three different US presidents in person as a prime minister. The PM Modi-Biden one hour meeting is at 11am EST in the White House while the Quad Summit will be held for two hours from 2 to 4pm.

According to diplomats based in Washington and New Delhi, Pakistan based terror groups was raised by VP Harris during her “good” conversation with PM Modi with the former stating that theUS will take up this issue with Islamabad so that the security of both US and India are not threatened by these global terror groups.

However, the Indian side detected that the US was in a bit of quandary over Pakistan. Just as it was quite evident to them that Pakistan was harbouring terror groups with global reach, it was equally clear that theUS was unclear about the role that Pakistan could play in Afghanistan as it has also harboured all the Taliban leaders in the past.

While Pakistan dominated the conversation with VP Harris, China was the flavour of PM Modi’s bilateral meetings with PM Yoshihide Suga and PM Scott Morrison. Prime Minister Suga showed Japanese interest in the production linked incentive scheme announced by PM Modi and was keen on taking part in manufacturing in India. This move also dovetails into the Quad’s global resilient supply chains with India being a key hub of manufacturing. PM Modi and PM Suga shared notes on Indo-Pacific with both countries’ victims of PLA aggression in East Ladakh and Senkaku Islands respectively.

Although the Australian trade minister is arriving in India to firm up bilateral ties, PM Modi’s conversation with PM Morrison was more China-centric and security related.

Just as Australia is augmenting its naval capabilities through the AUKUS pact by taking an orbital jump to nuclear powered conventionally armed submarines, India is reforming its Navy with new and potent platforms in all three dimensions. India is now operating Predator drones for maritime awareness, P-8I and MH-60 R multi-mission platforms and will launch Visakhapatnam class of guided-missile destroyers in November. India has also built a new Kalvari class of diesel-electric submarines and is now looking at nuclear power conventionally armed submarines to deter belligerent players in Indo-Pacific.