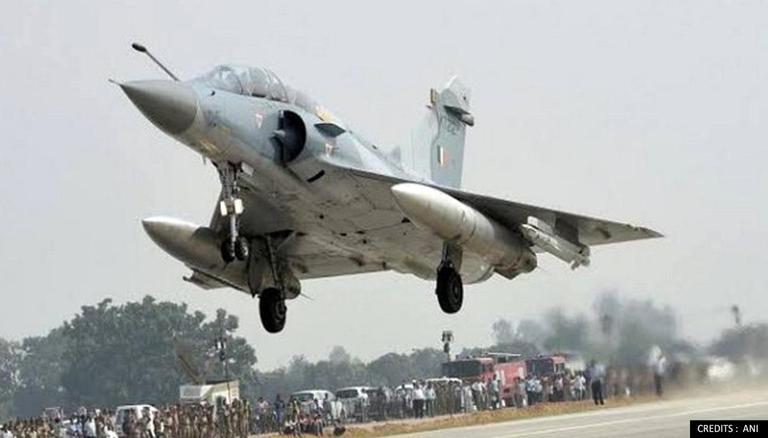 The Indian Air Force (IAF) has inked an agreement to purchase worn-out Mirage fighter planes from the French Air Force, which would provide benefit in the maintenance of India’s fleet of Mirage-2000 fighter aircraft. As per ANI, this is the second such deal that the Indian Air Force has entered for the purchase of approved airframes, allowing one of the most powerful aviation squadrons to remain in action for longer.

News agency ANI cited a source from the government that stated, “A squadron of the French Mirage jets had been phased out some time ago. On August 31, a contract was signed for acquiring these phased-out planes to improve the spares and airframe capability to help improve the serviceability of the around 50 Mirage-2000s in the Indian fleet.”

The source further informed that the aircraft would be delivered to the Indian Air Force in containers. India had already established an agreement earlier with French businesses for the delivery of obsolete Mirages, which arrived in Gwalior last year and helped improve operational capability considerably.

Despite being old, Mirage is powerful

The French Air Force is replacing its ageing Mirage fighter aircraft force with modern Rafale combat fighters. India procured these fighter aircraft from France during the 1980s. These fighter planes have proven to be one of the most powerful squadrons of aircraft. The aircraft was involved in the Balakot airstrikes in Pakistan when it demolished a terrorist base. The aircraft had precisely shot their Spice-2000 bombs at targets deep into Pakistani territory.

Similarly, the IAF is planning to buy more planes as a part of the Atmanirbhar Bharat project. Air Chief Marshal RKS Bhadauria informed that the Indian Air Force plans to acquire 350 aircraft over the next twenty years. He went on to say that the decision was made to guarantee that India became self-sufficient in the defence industry.

IAF to get emergency landing strips for fighter planes

Meanwhile, five landing runways in Jammu & Kashmir and Ladakh have been planned, providing a substantial boost to the Indian Air Force. The IAF’s fighter and other planes would use the emergency landing strips. Two landing strips would be built in Kashmir, two in Jammu, and one in Ladakh.

The announcement comes during the existing circumstances along the Line of Control and Line of Actual Control. Furthermore, the first landing strip is anticipated to be built near Srinagar, focused on the Line of Control with Pakistan. This is happening at a time when the Indian Air Force is beefing up its capabilities.