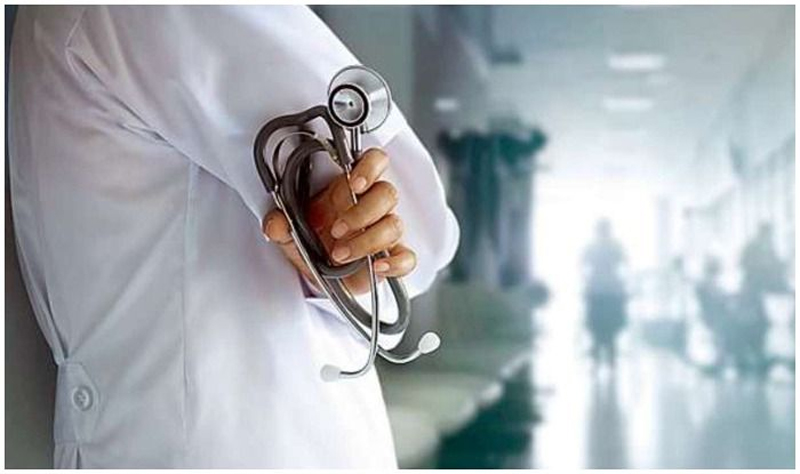 High ranking students will now get access to top colleges

Gopal Sharma
JAMMU, Sept 16: The Medical aspirants from the Union Territory of Jammu and Kashmir will shortly have the long awaited opportunity in getting quota of MBBS/BDS seats from the All India Pool as the Lieutenant Governor’s Administration in J&K has now opted for the same.
With this revolutionary decision of UT Administration, the boys and girls from J&K, intending to pursue Medical education, would be able to have access to at least 800 to 1000 more Medical seats apart from their own quota in the State, excluding 15 % now onwards, share from each J&K Medical College kept for students from outside.
Disclosing this to the Excelsior, Additional Chief Secretary, J&K, Health and Medical Education Department, Vivek Bhardwaj said, “We have conveyed our decision to the concerned Union Ministry to join All India Pool. Rather, it should have been done earlier. Now, this year’s NEET exam has been conducted. From next session, we are hopeful to get share out of the All India Pool for the J&K students,” Bhardwaj said.
Official sources told the Excelsior that there are approximately 15,000 All India MBBS/BDS seats in All India Pool which could have been accessed had J&K readied itself to join the All India Pool. The students and their parents in J&K were expecting it to happen after abrogation of Article 370, but could not see it happening even during this session. They were still waiting for a good news.
Sources in J&K Medical Education department disclosed that there are about 541 Medical and Dental Colleges in India including privates and their intake quota is about 82,926 seats. Out of the total, 263 colleges are private while 278 pertains to Government in various States and UTs. Apart from this, 1899 seats alone are in AIIMS and 249 under JIPMER quota. At present, J&K has eight Medical Colleges offering 985 seats and next year one more is likely to be added.
They further revealed that about 800 to 1000 All India seats can be accessed through NEET exams by the J&K students as per recent study, but it’s very unfortunate for the students of J&K that they do not get access to these seats because when the All India seats were created during 1986 that too, after Apex Court directives, J&K had opted out of it by refusing to contribute its share to All India seats. By not doing so, not only the students from J&K and Ladakh were denied the opportunity to study in other colleges of India, but many of them having higher ranking than J&K Medical Colleges, failed to get entry in country’s top colleges.
They were made victims by the system here because the All India Medical seats ensure parity in Medical education and Medical Colleges and their hospitals has to keep pace on all aspects of Medical care to keep their rankings high to attract brilliant students. At present none of the Medical Colleges from J&K, is figuring among top 100 ranks, the sources added.
A former GMC Principal from Jammu on the condition of without being quoted said if the students of J&K get opportunity to compete at National level, not only the students will have option of getting trained at higher ranked Medical Colleges like MAMC, CMC and other places/centres of excellence like Mumbai, Bangalore, Chennai etc, but more Medical seats will come into the kitty of J&K boys and girls.
At present, the students of J&K UT are confined to study in only J&K Colleges, robbing them of their right to have Medical education at 100s of other Colleges and places many of whom are ranked higher than the UT colleges. By allowing interaction of the Medical students the future torch bearers of Medical field, the Medical facilities of the state would have automatically moved up by several notches to keep pace with national level. The students who would have chosen to go out to better ranked colleges would have enriched and improved the Medical services on their return.
When the Medical Colleges seats are placed for allocation, their ranks and reputation become obvious to all and so the people managing them have to improve them to have a better rankings for their prestige helping everybody and public in particular in return.
Another top Faculty member from Govt Medical College Jammu said, “When we go through the All India ranks and find J&K students having secured high ranks, it is a matter of great pride. And if many figure among the top 10,000 ranks making them hopeful of securing an all India seat, it will definitely give more satisfaction, ensuring chances of getting more seats out of pool,” he added.
Referring to the All India pool/quota of seats, he disclosed that each college contributes 15% of its seats to the All India Pool and becomes eligible to it at Graduation level. By leaving our hardly 150 seats for the students from outside, our J&K aspirants would be able to get at least five times more seats from all India pool. He said at time when All India seats quota was envisaged in 1986, it was not agreed by then J&K Govt to join All India Pool of seats citing reason of Art 370, but the other factor which influenced the decision at that time was the vested interest of the top people in the J&K political circles, having control over admissions and nominations, and other methodology was quiet prevalent which would have stopped at that time had they opted for joining All India Pool.
He further revealed that the concept of All India seats was not promoted in J&K for ulterior motives because allowing it will have a watchdog on them which they would have avoided. Many key players in the power corridors and those closer to them, managed seats for their wards and made ‘easy buck’ in the last several decades. But that practice now seems to have reversed in the J&K UT.