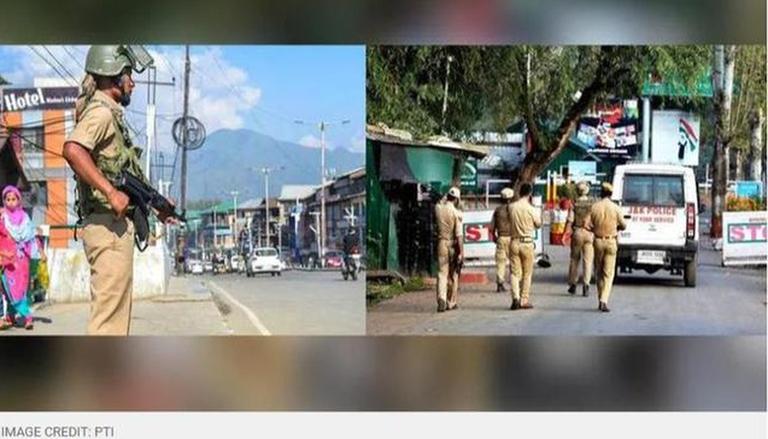 Director General BSF Pankaj Kumar Singh, IPS on Thursday arrived at frontier Headquarters Jammu on a two-day visit of International Border (IB) under BSF Jammu Frontier. On the first day of the visit, DG BSF visited the area of Samba and Kathua Sectors of the International Border area and took stock of the situation.

“DG BSF was accompanied by N S Jamwal, IG BSF Jammu Frontier and other officers. N S Jamwal, IG briefed the DG BSF about the complexities of management of the Jammu border under the prevailing current security scenario. DG BSF reviewed the overall deployment of BSF and the domination plan. DG visited the critical areas of Basantar River, Tarnha Nallah, Bain Nallah and other areas of Samba, Kathua & Hiranagar Border area and held discussions with sector/unit commanders on the ground and reviewed security situation,” BSF Spokesperson said in its statement.

It further stated that DG BSF interacted with Jawans and was full of praise for BSF Jawans for their dedication towards the safeguarding of International Borders and also conveyed that BSF is a well-disciplined and professional force. The DG was also briefed that recent detection of tunnels shows the devotion toward duties for the motherland, which ruins the ill motives of the counterpart.

Director-General of Police Dilbag Singh visited South Kashmir’s Shopian and chaired a joint security review meeting to continue to put in the best efforts not only to maintain peace and order in Jammu and Kashmir but also to ensure that the dividends of a peaceful environment are further consolidated.

“The DGP emphasised that the police must continue to deal strictly with elements involved in pushing the youth towards terrorism. He directed the officers to identify and book the persons involved in these activities. He said that forces should remain more vigilant in view of increased infiltration bids by terrorists from across the IB/LoC so that nefarious designs of anti-peace elements are foiled. He said that many successful operations on the borders have not only thwarted infiltration bids considerably but also killed many infiltrating terrorists. He stressed intensified operations against the terrorists and also directed for stringent action against the elements involved in Narco trade,” the police said in its statement.

DGP said that Pakistan-sponsored elements are trying hard to spread false and fabricated stories and propaganda by circulating some old videos and added that strong action will be taken against the elements involved in these activities.

The statement further added that recent incidents in Manjakot, Thana Mandi and Nowshera encounters show that elements across the border are continuously trying to foment trouble and disturb peace in the Union Territory by pushing in terrorists. He said that “the peaceful atmosphere has been achieved after a lot of sacrifices and hard work and we would not allow anybody to disturb it.”