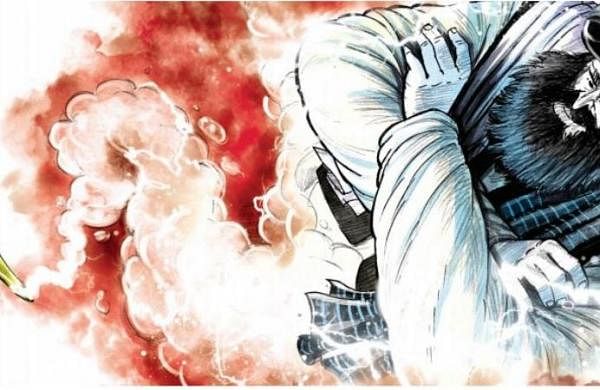 The Taliban’s “inclusive” government has turned out to be a farce. It is 100% male, mostly Pashtuns, including some notorious internationally designated terrorists, only two Tajiks and one Uzbek among 33 ministers. Afghanistan’s ethnic, tribal and regional fault lines are apparent, with different Taliban factions vying for power. The pragmatists have been marginalised and the hardliners, like the ISI-Haqqani network, have got an upper hand with help from Pakistan’s ISI. The Haqqani-ISI alliance had bombed the Indian Embassy in Kabul in 2008, killing 58 people, including Indian diplomats. Infighting led to a rumour of Deputy PM Mullah Baradar having been wounded, resulting in his eventual death in a Pakistani hospital. He has since issued a video message to dispel this rumour. The Al Qaida leader Ayman Al-Zawahiri, a deputy of Osama bin Laden believed to be holed up in Pakistan, has also issued a video message. He too is alive. The Taliban calling the government an interim one is a prophylactic for avoiding international criticism. They have adopted a double-faced policy of catering to international demands and domestic policies. The oath-taking ceremony, scheduled for September 11, has been deferred. Regret has been expressed for the 9/11 attacks. These flip-flops, based on ISI advice, is to seek legitimacy and acceptance, vital for international aid. Afghanistan is sinking deeper into a humanitarian crisis.

The Doha agreement is showing signs of fraying. The Taliban has already accused the US of reneging on the Doha Agreement that promised that America will engage with the UN to remove Taliban members from the sanctions list by 29 May 2020. The Western media hype about a reformed Taliban that followed the Doha Agreement was to justify the handing over Afghanistan to the Taliban. The Western media also downplayed the role of Pakistan because it inevitably invites the question of why the US invariably turns a blind eye towards Islamabad’s behaviour, like smuggling nuclear technologies and developing nuclear weapons and missile capability. The US has always tolerated a certain level of Pakistan’s sponsorship of terrorism. There is an influential lobby in Washington that sees cooperation with Pakistan vital for American interests. This is American geopolitical realpolitik.

The so-called reformed Taliban’s education minister has publicly trashed higher education and reiterated the importance of Sharia. Women have been told to stay at home. Those attending schools and colleges have been forced to go to segregated ones while having to wear the full burkha. One Taliban spokesperson has publicly declared that women should stay at home and produce babies. Another has said that women and men cannot work side by side. Music and female sports have been banned. Musical instruments have been destroyed. Women have come out in large numbers to protest and Taliban foot soldiers are whipping them in full view of the media. Journalists have been picked up and beaten. Many demonstrations have raised slogans against Pakistan. The Taliban is systematically killing former Afghan military personnel.

The Delhi Declaration issued by the leaders of BRICS nations has carefully avoided naming the Taliban. Significantly, fighting terrorism, including preventing attempts by terrorist organisations to use Afghan territory as terrorist sanctuary and to carry out attacks against other countries, as well as drug trade have received the highest priority. The jubilation in militant quarters and Pakistan on the Taliban’s takeover has raised concerns about renewed international terrorist attacks. The caution of the major powers is directly related to ensuring continuing cooperation that the Taliban has extended for the evacuation of foreigners and Afghans still stuck in the country. Qatar has been active in providing aviation and humanitarian support, no doubt with the backing of the Americans.

The return of the Taliban will make Afghanistan a pivot for geopolitical realignment. India’s ties with the major powers will also be readjusted to manage terrorism emanating from the Af-Pak area. If the Taliban can crack down on these terrorist groups, it will earn credit and make it possible for countries to cooperate. Meanwhile, Pakistan’s ISI chief is conferring with intelligence representatives of China, Iran and Russia, alleging that India was sponsoring terrorism in Pakistan with the cooperation of Afghanistan’s previous governments. Pakistan has also tried to deflect attention by issuing a dossier on India’s human rights ‘violations’ in Kashmir. Inevitably, it will use out-of-work Taliban, LeT and JeM terrorists against India. Can the Taliban prevent this from happening?

China has decided to embrace the Taliban. Its interest has three strategic dimensions—terrorism, mercantile exploitation of minerals and extending the BRI for regional hegemony. The militant Uighur organisation ETIM has been active in Afghanistan, allied with other organisations. China has extracted a promise that the Taliban will expel ETIM militants. It has announced an aid package of $31 million. At a time when Afghanistan has become an economic basket case, China’s leverage with the Taliban is considerable and Pakistan will use its leverage with the Taliban to provide concessions to Beijing. The China-Pakistan axis will be riding on the former’s deep pockets and the latter’s close links with the Taliban.

Ultimately, Russia too will have to consider whether it would serve its geopolitical interest to cede regional supremacy to China. Iran, a major player and a neighbour of Afghanistan with close ties to the Shia Hazara community, has been critical of foreign interference in Kabul. Its economic ties with China and sanctions imposed by the US will also force it to follow China’s lead in Afghanistan, though ties are strained by the Sunni Taliban’s hostile attitude towards Shias. China-Russia-Pakistan-US had shut out India from consultations, though the American and Russian intelligence chiefs have been consulting Delhi recently.

For India, the principal dilemma has been whether to engage the Taliban or not, as it consistently supported the elected government in Kabul. Having closed her Embassy and Consulates, India has no representative in Kabul. This does not preclude India supplying humanitarian aid to the Afghan people, who have a very high regard for India. This goodwill has to be nurtured. External Affairs Minister S Jaishankar has called for unimpeded access and equitable distribution of humanitarian aid.

Geopolitically, the Quad is likely to gain greater salience. India’s growing ties with the US and conscious ramping up defence hardware procurement from America and France has affected Russia’s exports. It must be acknowledged that both India and Russia have attempted to retain fundamental elements of their bilateral ties that have stood the test of time, even as they disagree on the Quad. One aspect that underlines Russian commitment to bilateral ties is the supply of military hardware at the height of China-India tensions in Ladakh against Beijing’s wishes. As Russia leverages the China-Pakistan axis, New Delhi and Moscow have a window to coordinate positions on Afghanistan.

(The author is also a founding Director of DeepStrat, a think tank)