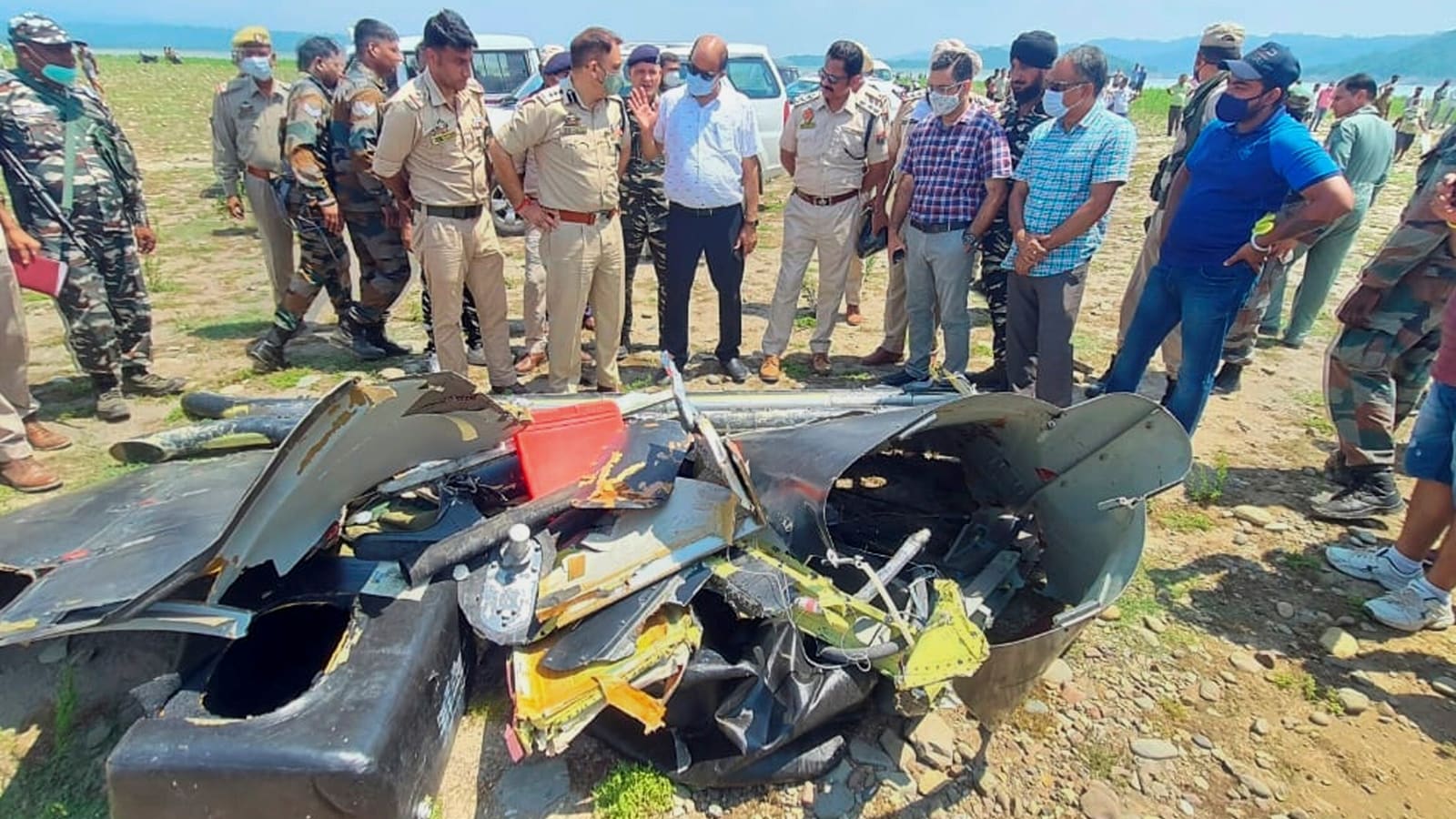 The fate of two Indian Army pilots — a lieutenant colonel and a captain — was not known after their Rudra helicopter crashed into the Ranjit Sagar Dam lake near Pathankot on Tuesday, even as search and rescue crews recovered the wreckage of the chopper along with some pilot gear, officials familiar with the development said.

The items recovered by search parties included chopper skids, fuel tanks, stabiliser, helmets and the identity card of one of the two pilots, said one of the officials cited above.

The Rudra helicopter, built at Hindustan Aeronautics Limited (HAL), was carrying out a training sortie that involved low-level flying over the lake, said a second official.

“If the helicopter is operating within gliding distance of shore/land, life preservers, EFG and life raft are not mandated. Occasionally, such helicopters may be required to operate over water. That’s ‘risk exposure,’ said Commander KP Sanjeev Kumar (retd), a military aviation expert and former experimental test pilot.

The helicopter belonged to the army’s Pathankot-based 254 ALH-WSI squadron, which earlier lost a Rudra chopper in January 2021.

Locals claimed the chopper used to hover over the dam and drop a pipe into the water every day. The moment it dropped the pipe on Tuesday morning, it crashed, they added.

Kathua SSP Ramesh Kotwal said the chopper crashed around 10.45 am. “While deep water divers are on the job, the operation will take time… It will take time to retrieve the entire wreckage. We retrieved two helmets,” he said, adding that the lake was up to 250 ft deep. “The area where the chopper crashed has been zeroed in. Special forces of the army, divers are on the job, but the water is not clear.”