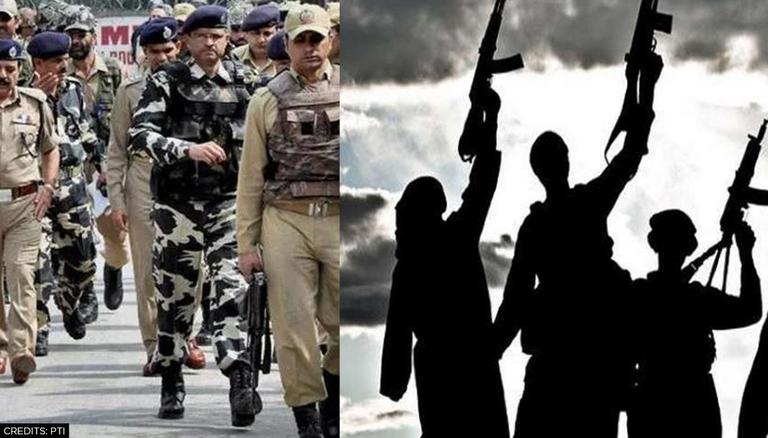 Terrorists on Tuesday attacked Jammu & Kashmir Police party in Khanyar at the Shiraaz Chowk area. According to the J&K Police, one police personnel and a civilian has been injured in the terror attack. Informing that both the injured have been admitted to a nearby hospital and are currently undergoing treatment, the Jammu & Kashmir police said that they have cordoned off the areas and the search operation for the terrorists is underway.

This terror attack on Jammu Police by the terrorists comes ahead of Article 370 abrogation anniversary and Independence Day. Earlier on August 1, the security officials in Jammu & Kashmir had generated an alert and beefed up security in the valley region after specific inputs regarding the terrorist movement in Kishtwar were received.

The on-ground visuals accessed by the Republic Media Network show high security with posters of three main terrorists including longest survivor terrorist Jehangir Saroori aka Mohammad Amin Bhat, Riyaz Ahmed Hazai, and Mudassir Hussain whose movements have been noticed by the intelligence. To further ensure their arrest, a bounty of Rs 30 lakh was also announced on these terrorists.

Currently, the security forces of J&K are keeping a check on every vehicle passing by the sensitive areas and noting down details including mobile numbers. Moreover, the Crime Investigation Department (CID) special branch of Jammu and Kashmir has ordered to deny security clearance to any individual involved in any security violation such as stone-pelting activities. The specific direction includes checking the complete History of individuals applying for Government related documents like passports.

A Presidential notification combined with requisite legislation passed by both the House of Parliament in August 2019 led to Article 370 becoming virtually redundant. This implied that the special status of Jammu and Kashmir (J&K) was scrapped. Furthermore, the region was bifurcated into the Union Territories of J&K and Ladakh. Thereafter, restrictions on the movement of people and communication were imposed in the state, which was gradually lifted over the months. This year, India will be celebrating the second anniversary of the Historic decision.