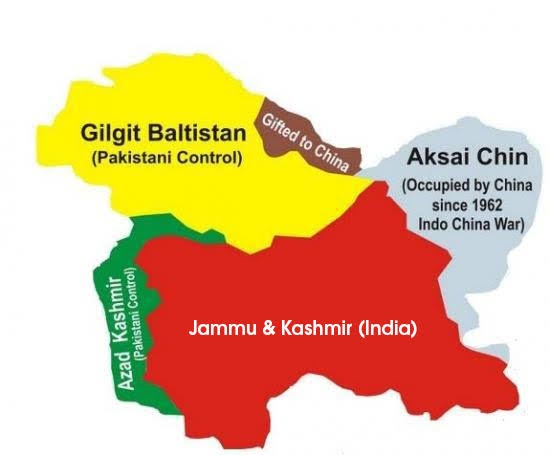 Anand Kumar
Pakistan once again held sham elections in the Pakistan Occupied Kashmir (PoK) on 25 July. These elections were marred by violence and allegations of vote rigging. In PoK elections invariably the ruling party in Pakistan gets majority as it uses state machinery. In 2016, PML (Nawaz) was victorious. This time PTI the party of Pakistan Prime Minister Imran Khan got the majority. To assert its claim over the PoK as of Jammu and Kashmir Indian foreign ministry in a statement asked the Pakistani Government to stop holding these fake elections which do not mean much. It further asked Islamabad to “vacate all areas under illegal occupation.” It also came down heavily on Beijing over the China-Pakistan Economic Corridor (CPEC) and reminded that the project was being carried out inside India’s territory. However, as expected Pakistan did not pay any heed to it. On the other hand it summoned the Indian Charge d’ Affaires to the Ministry of Foreign Affairs and rejected India’s protest.
What is interesting is that despite these sham elections held in PoK at regular intervals, Pakistan claims to be the well-wisher of the Kashmiris. It launches various programmes to make Kashmir a disputed territory though the kingdom of Jammu and Kashmir had legally acceded to India. It organizes Kashmir Solidarity day on 5 February and Azad Kashmir day on 24 October. Since the abolition of Article 370 and 35 A it is now trying to organize programmes on 5 August calling it as the Kashmir oppression day.
It’s another matter that Kashmir now feels relieved after the abolition of Article 370. The instances of terrorism and stone pelting have come down significantly. The Central government has now started a number of development programmes in the Union Territory of J&K and Ladakh. The common people of this area were missing the development under the corrupt J&K politicians and political parties who could not look beyond their family.
The Central government has now conducted two local elections and tried to bring democracy at the grassroot level so that people could enjoy the fruits of development. To bring greater democracy to the people and state the Central government has also held meeting with the so-called Gupkar alliance. Unfortunately, this group of disgruntled politicians who have made fortunes for themselves at the cost of people of J&K have not shown the cooperation that was expected from them. These people have thrived in the past using disturbed condition in the state. Obviously peace and progress is not what they are interested in. In fact, Mehbooba Mufti of the PDP has gone as far as to suggest that India should talk to Pakistan. Obviously, when she says this she does not mean that India should talk to Pakistan to recover PoK.
As far as India is concerned, the only unresolved issue about Kashmir is the PoK. The PoK includes some parts of Kashmir and Gilgit and Baltistan occupied by force by the Pakistanis. They had done this in the immediate aftermath of the division of the sub-continent that resulted in creation of independent states of India and Pakistan. Since then Pakistan has relentlessly launched campaigns and actually fought two wars to occupy remaining areas of the state of Jammu and Kashmir. The third time it tried to infiltrate in Kargil. However, the Kargil intrusion was discovered and the intruders who were regular Pakistan army personnel were driven out.
Since 1990, Pakistan has intensified its proxy war and is using terrorists to create disturbances in the Indian state of J&K. Terrorism has become a tool of its foreign policy to grab Kashmir. We may detest the use of terrorists by Pakistan to keep the pot boiling in Kashmir, but through this policy Pakistan has managed to bring international attention on Kashmir. It has managed to consolidate its hold on PoK by letting CPEC pass through the territory. This has also brought into picture another international player China, China which has been causing trouble for India in Ladakh. Though China in the past has said that it will recognize the sovereignty of the country which has control over this territory, it has virtually assumed that in near future Pakistan will be in control of PoK.
In the run-up to elections in the PoK, Imran Khan tried to fool the people by saying that if they opt for Pakistan in a referendum then Pakistan will allow them to have another referendum where the option of independence will be available. Perhaps through this trick Pakistan is trying to gain legitimacy for its military control in PoK. Reports have also indicated that Pakistan is ready with a legislation that will give provisional status of a province to Gilgit and Baltistan.
As far as India is concerned, we have been unduly defensive on Kashmir. We started consolidating our hold over Jammu and Kashmir only recently by abrogating those articles that made Kashmir’s link with India tenuous. Though India has now denounced the attempt of Pakistan to hold fake elections in PoK, it has to come up with other strategies to highlight the illegal occupation of PoK by Pakistan. Only occasional statements in this regard would not be sufficient.
The author is Associate Fellow Manohar Parrikar Institute for Defense Studies & Analyses (MP-IDSA)