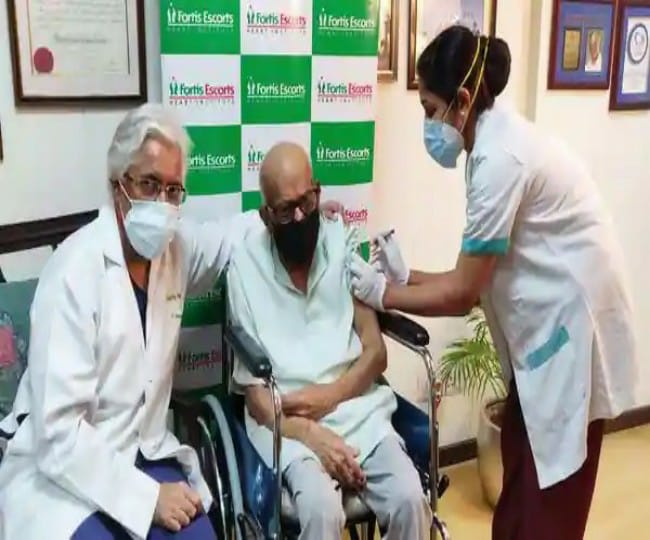 The Covid-19 working group of the National Technical Advisory Group on Immunisation (NTAGI) is under discussions to permit mixing vaccine schedules of Sputnik V and Covishield.

New Delhi | Jagran News Desk: Indian government is considering to approve the mixed dose vaccination comprising of Russia’s Sputnik V and Serum Institute of India’s Covishield. Once approved, people will be allowed to take one dose of Covishield and another of Sputnik V in any sequence.

According to a report in Livemint, the Covid-19 working group of the National Technical Advisory Group on Immunisation (NTAGI) is under discussions to permit mixing vaccine schedules of Sputnik V and Covishield.

The report further adds that the National Technical Advisory Group on Immunisation (NTAGI) is also discussing based on the “growing evidence” that mix and match of vaccines is “not only safe but also produces a strong immune response”.

The panel believes that it will also resolve the issue of vaccine supply shortage in the country.

The strategy under which vaccines are mixed and matched is known as heterologous prime that is known to boost the immune response in diseases such as Ebola and AIDS.

In a separate study, people who got mixed doses of coronavirus vaccines, receiving a different vaccine type as a second dose than the first dose, appeared to be more likely to experience mild side effects such as fever, chills, fatigue or headache, Lancet medical journal published a paper as saying in May this year.

The side effects, however, following mix-and-match vaccinations were short-lived and there were no other safety concerns.

German Chancellor Angela Merkel had received a Moderna coronavirus vaccine as her second vaccine shot, after getting the first dose of Oxford-AstraZeneca vaccine, to build the public confidence about the efficacy of mixed dose schedule of vaccines against COVID-19.