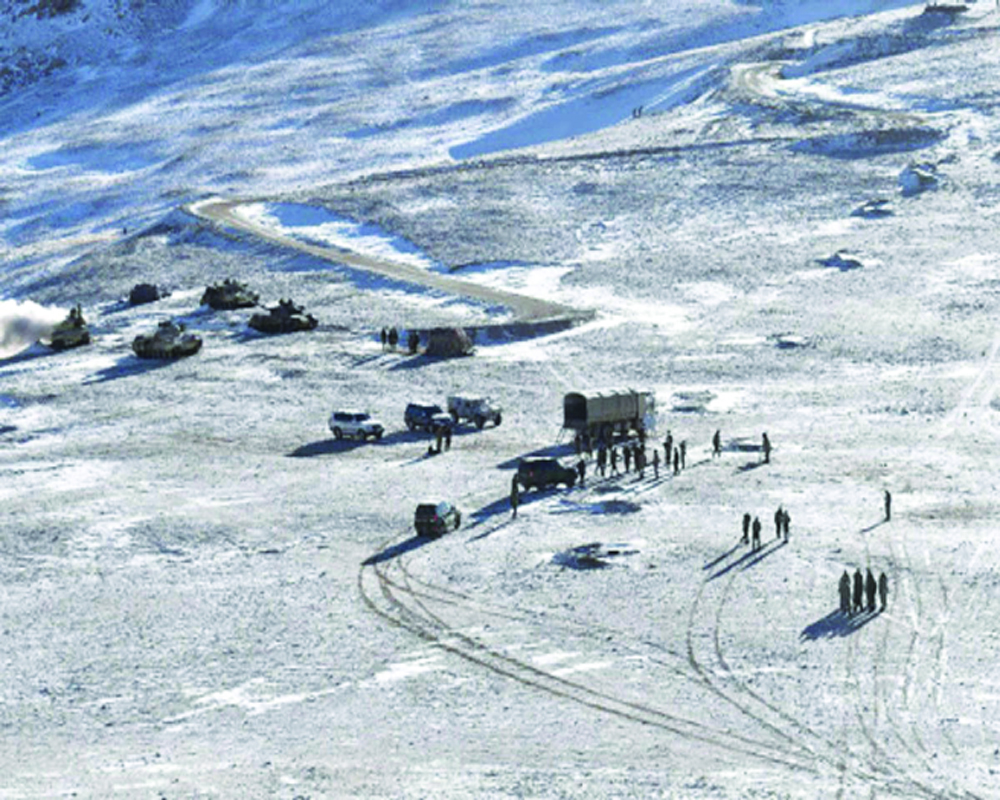 First breakthrough achieved in 12th  round of parleys

India and China are likely to pull back their troops from a friction point in Gogra at the Line of Actual Control (LAC) in eastern Ladakh in the next few days. This could be a significant step towards resolving the continuing border crisis.  At present, about 30-40 soldiers from both sides are in a face-off situation there and may disengage after the Corps Commanders of the two armies reached a consensus.

They had held the 12th round of talks on Saturday last and broadly agreed in principle to withdraw from Patrolling Point (PP) 17A in Gogra, sources said here on Tuesday.

However, the final decision will be taken by the top brass of the military and diplomatic hierarchy, they said.

The latest round of talks lasting more than 10 hours was held nearly four months after the 11th round in early April.

As regards the face-off sites, the other friction points are in the Hot Springs and the Depsang Valley, and the two sides will hold more military and diplomatic-level talks in the coming weeks to ease tension there, they added.

Since last one and a half years, the LAC is tense due to transgressions by China with the first incident taking place in May last year at the Pangong Tso (lake).  Shortly afterwards, stand-off erupted at more places, including Gogra and Hot Springs.

The first disengagement of troops from both the sides took place in February this year at the southern and northern banks of the Pangong Tso.  Since then, a stalemate persisted regarding the other friction points.

Incidentally, India and China had started pulling back their troops from Gogra and Hot Springs last year but massive induction of troops and armour by China saw the process coming to a halt.

India has all along insisted that China has to disengage from all the friction points in order to normalise ties.  India has also made it clear status quo ante has to be restored at the LAC as it was in April last year.

A joint statement issued by India and China on Monday after the 12th round of talks said the Corps Commander Level Meeting was held at the Chushul-Moldo border meeting point on the Indian side. This round of meeting was held following the meeting of the Foreign Ministers on July 14 in Dushanbe, Tajikistan, and the 22nd meeting of the Working Mechanism for Consultation and Coordination on India-China Border Affairs on June 25.

The two sides had a candid and in-depth exchange of views on resolution of remaining areas related to disengagement along the Line of Actual Control in the Western Sector of India-China border areas.

The two sides noted that this round of meeting was constructive, which further enhanced mutual understanding. They agreed to resolve these remaining issues in an expeditious manner in accordance with the existing agreements and protocols and maintain the momentum of dialogue and negotiations.

The two sides also agreed that in the interim they will continue their effective efforts in ensuring stability along the LAC in the Western Sector and jointly maintain peace and tranquility.