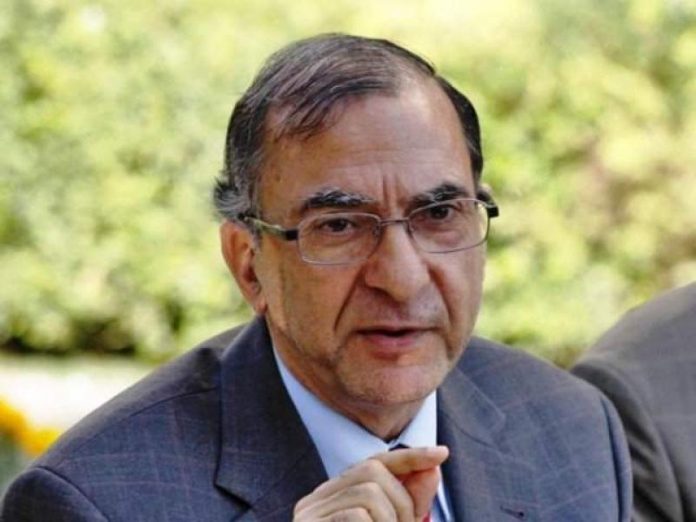 He responded over the assertion of Indian Ambassador to the U.N., T.S. Tirumurti.
Dr Fai was of the view that the fallacy advocated by Ambassador Tirumurti today deserves some clarification, said a media release here received on Tuesday.

Arguing the Indian envoy’s statement step by step, he said to begin with, under all international agreements, accepted by both India and Pakistan, negotiated by the United Nations and endorsed by the Security Council, Kashmir does not belong to any member state of the United Nations.

“If Kashmir does not belong to any member state of the United Nations, then the claim of distinguished Ambassador that Kashmir was an internal affair of India does not stand,” he maintained.

Dr Fai added that the people of Jammu and Kashmir who have a defined historical identity, were at present engaged in a mass struggle to win freedom and release from the foreign occupation of their land. “This struggle is motivated by no bigotry or ethnic prejudice; its aim is nothing but the exercise of the right of self-determination explicitly agreed by both India and Pakistan.”

“The idea that the dispute over the status of Jammu and Kashmir can be settled only in accordance with the will of the people, which can be ascertained through the democratic method of a free and impartial plebiscite, was the common ground taken by both Pakistan, and India. It was supported without any dissent by the United Nations Security Council,” he said.

This was clear, he said from the statement made on January 15, 1948 by Indian delegate, Sir Gopalasawami Ayyangar, at Security Council,”… Whether she [Kashmir] should withdraw from her accession to India, and either accede to India or remain independent, with a right to claim admission as a member of the UN – all this we have recognised to be matter for unfettered decision by the people of Kashmir after normal life is restored there,” Dr Fai underlined.

Dr Fai warned that it was not the inherent difficulties of a solution, but the lack of the will of the world powers to implement a solution, that has caused the prolonged deadlock over the Kashmir dispute.

The deadlock has meant indescribable agony for the people of Kashmir and incalculable loss for both India and Pakistan. The peace that has eluded the South Asian subcontinent should be made secure, he concluded.