A massive security breach has come to the fore in Jammu ahead of the second anniversary of the Abrogation of Article 370 and also two weeks ahead of Independence Day. Two suspects wearing Army uniforms were spotted at Mangal Market near the Railway station in Jammu. The suspects fled after the Army personnel approached them for interrogation.

Republic Media Network has accessed the CCTV footage of the suspects fleeing the spot. According to the sources, the two suspects had come to a barbershop. The Army personnel who were at the shop asked them to show their ID cards after which the suspects ran away. The Jammu and Kashmir Police has now launched a search operation and are trying to ascertain the identity of the suspects.

Speaking on the issue, Defence Expert Brigadier Anil Gupta has said that he knew that Pakistan will attempt to perpetrate terror activities ahead of the anniversary of the Abrogation of Article 370 or ahead of Independence Day. He called that Jammu is the target of the Pak sponsored terror perpetrators.

“There is a lot of intelligence inputs that before August 5 or closer to August 15, Pakistan is planning a big action somewhere in Jammu. Their target this time is Jammu because their repeated attempts to target Jammu have failed and they somehow believe that if Jammu is targeted it will trigger communal clashes, which is what Pakistan wants. This (two suspects) is a big security lapse and I hope they are caught soon otherwise there could be a problem,” Brigadier Anil Gupta said.

CCTV screengrab of the suspects on the run: 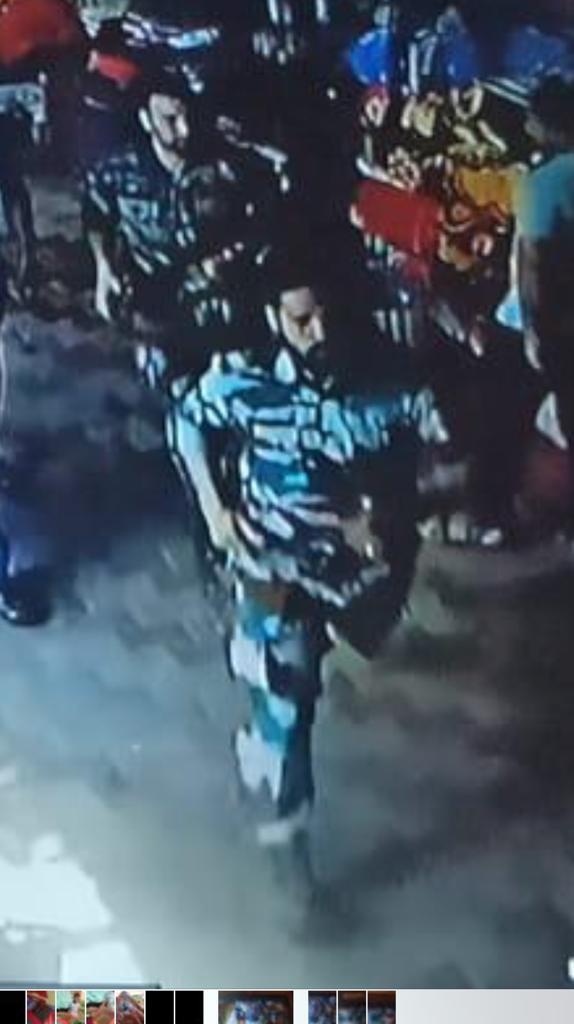 Eyewitnesses elaborate on the incident:

This incident which raises concerns about the possibility of something untoward comes at a time when political parties of Jammu and Kashmir, such as the Mehbooba Mufti-led PDP and the Farooq Abdullah led People’s Conference have demanded from the J&K Administration to give security clearance for all.

Republic Media Network has spoken to the eyewitnesses who gave out a first-hand account of the incident. One of the eyewitnesses said that the army personnel was already having a haircut at the barbershop.