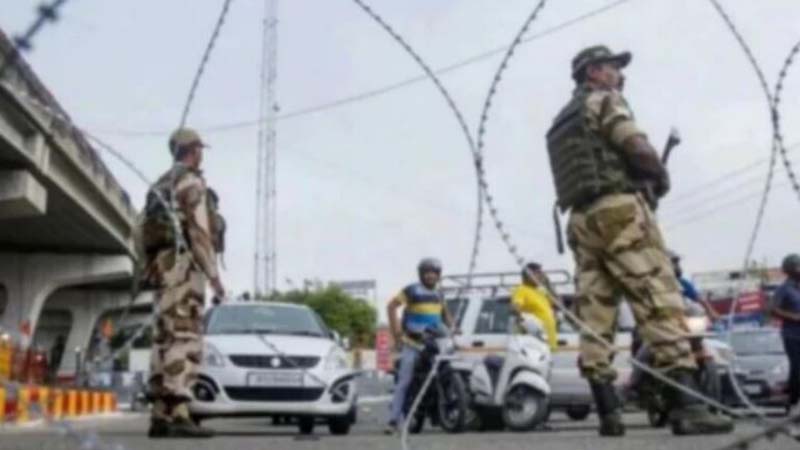 Excelsior Correspondent
JAMMU, Aug 2: Top security and administration officials today reviewed security situation in the Jammu region at a high-level meeting held here at the Nagrota Corps headquarters.
The security and intelligence review meeting was chaired by General Officer Commanding (GOC) of 16 Corps Lt Gen M V Suchindra Kumar and was attended by senior civil, police, paramilitary, Army and Intelligence officers at the 16 Corps headquarters in Nagrota, a Defence spokesman said.
The meeting sought to achieve enhanced coordination between security, administration and intelligence agencies, he said.
The meeting is significant in the wake of the increasing use of drones by Pakistan to ferry weapons and explosives along the Line of Control and carry out attacks on security establishments in the region.
Lt Gen Kumar appreciated the coordination between the Army, security forces and civil administration to maintain peace in the region.
Sources said senior officers of all security agencies shared inputs about frequent sightings of drones on the outskirts of Jammu especially after June 26 drone strikes on Indian Air Force Station at Satwari here in which two IAF personnel were injured and minor damage was caused to the building.
Only last night, four drones were spotted flying over three different places under the jurisdiction of Bari Brahamana Police Station in Samba district.
Prior to that, movement of drones has been observed in Bari Brahamana, Samba, Ghagwal, Akhnoor, Pargwal, Pallanwalla, Hiranagar, Kathua and other places.
Police had, however, shot down one of the drones at Kanachak recently which was loaded with 5.5 kg Improvised Explosive Device (IED) and was to be used by the militants to carry out terror strike in Jammu. A major tragedy was averted with recovery of the IED.
Sources said the security agencies were also reported to have reviewed arrangements for Independence Day celebrations in Jammu especially in the wake of terror threats from drones.