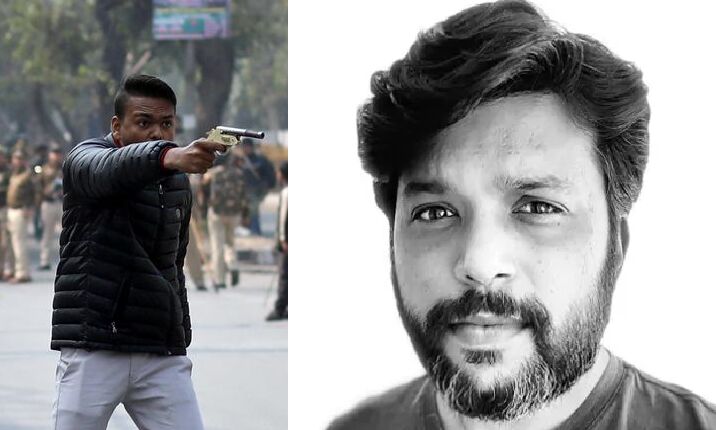 Democracy is a system of government in which the entire adult population of a country has a say in determining what happens to them via their elected representatives. It engenders continuous debates on the rights of citizens, including minorities, backward and economically oppressed sections of society, and the passing of laws for the development and prosperity of the diverse sections.

Democracy is forever a work in progress. It implies an organic resolution of “differences, doubts and arguments” between groups of people in a spirit of justice and political morality. India had come a long way forward not by concertedly shutting out the dark chapters of its past but by applying checks and balances in our polity to take care that we rise above repeating similar mistakes in future.

However, now India stands at a crossroads unlike any we have witnessed in the last 70 years, delinking us from what we have ever known or experienced so far. Another August 5 is drawing upon us. It is good to remember that it was on August 5, 2019, that Article 370 was abrogated and the state of Kashmir divided into the union territories of Jammu, Kashmir and Ladakh. On August 5, 2019, the bhumi puja for the Ayodhya Ram Mandir was done.

This August 5, the Supreme Court will hear the pleas, including the one filed by senior journalists N Ram and Sashi Kumar, for an independent probe into the alleged Pegasus snooping case. The petitioners have sought the SC probe to be carried out by a sitting or retired judge of the Supreme Court, hoping that this will make the verdict foolproof.

The SC verdict on Pegasus, whether the Indian government had used spyware to track India’s investigative journalists, human rights activists, Periyarist ideologists, politicians (including BJP men), cops, bureaucrats will determine our road ahead. The Bharatiya Janata Party, trying to accrue many decisive events on August 5s to churn out a new Hindutva history of the country, will leave no stone unturned to get the verdict in their favour.

In 2014, we exercised the electoral freedom to overthrow the Congress party. In 2024, will we be voting in a free India is the burden we all carry in our hearts as we move towards another August 5?

What Narendra Modi and Amit Shah had pulled off in 2014 was no small victory. With the barest minimum 31% vote share, NDA succeeded in securing a brute majority in Parliament – 334 seats out of 543. With this bulwark of National Democratic Alliance MPs, the ruling dispensation started bringing on fresh Amendments to most earlier legislation that didn’t suit their Hindutva agenda. The ruling alliance’s MPs were in a position to scuttle every progressive criticism or dissent in Parliament with a volley of mockery and whataboutery. The right-wing Hindutva elements in India were emboldened by leaders of other powerful but illiberal democracies of the time, such as the United States and Israel under Trump and Netanyahu, respectively.

Every day brought on a new low in politics and discourses. The humiliation of academics and journalists, incarceration of civil rights activists, banning of NGOs, including Amnesty International, happened simultaneously as Modi pledged India as a democracy at international fora.

In the 2019 elections, the NDA vote share increased to 45%, and the seat tally in Lok Sabha increased to 353. NaMo 2.0 lowered Indians into darker dungeons of irrationality despite all-around economic despair. These days, UAPA, NSA and incarceration rain from the skies without any need for incriminating evidence. TV news programs disseminate government messages and dissect each news item into what is advantageous to ‘Us’ and what ‘Others’ have snatched from ‘Us’ in the last 70 years.

The Modi government today sits steeped atop the 7.5 billion-euro-Rafale jets corruption case. The Right to Information Act (2005) is the latest law decried and devalued by the PM’s people as it seems the government has plenty to hide. It’s interesting that when powerful governments and private companies like NSO conspire to anti-national practices against their own people, civil society groups across national borders are coming together to alert against transnational economic crimes impoverishing multitudes and to fight against the global takeover by fascist forces.

The Pegasus list of journalists has “nothing to hide” from the people. The spunky journalist Rana Ayyub refuse to be silenced. The Pegasus journalists, in fact, risked their lives to expose the Modi government’s systematic devaluation of democracy by investigating the electoral bonds (Rohini Singh), Modi’s troll armies (Swati Chaturvedi) and the plight of Jharkhand Adivasis (freelance journalist Rupesh Kumar Singh), among others. Honest information coupled with political morality is a dangerous contraband item in India today.

We witnessed two very poignant deaths in July. The first was of the 84-year-old Jharkhand-based tribal rights activist Stan Swamy, the ‘youngest’ person incarcerated under India’s Unlawful Activities (Prevention) Act. He left behind the immortal words, “I am happy I am not a silent spectator.” The second death was of Danish Siddiqui, who left behind a photographic perspective on the plight of common citizens and common corpses under the Modi regime. Danish ran with his camera into politically charged, live situations of hate and war. It is telling that he got executed by extremists in another country.

Stan Swamy’s and Danish Siddiqui’s images will prevail over the images of bromance between two extreme right-wing, ethnic-nationalist leaders – our own PM Modi and former Israeli PM Benjamin Netanyahu.